DENVER — The Problem Solvers have uncovered a city law that’s making Denver millions of dollars before defendants have even been convicted of a crime.  The Denver statute is called a Public Nuisance Abatement Ordinance and it allows police to confiscate property, usually cars, for a crime you may later be found innocent of.

It’s exactly what happened to 57-year-old Semere Fremichael, a native of Eritrea.  The immigrant from East African has been driving a taxi in Denver for the past 28-years.  In April,  he was arrested in an undercover prostitution sting.   An undercover female cop tapped on Fremichael’s taxi and asked him if he wanted to meet her around the corner for sex. 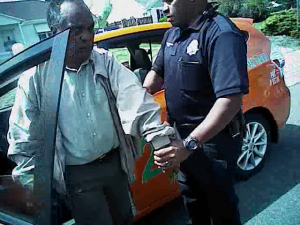 “I thought she was crazy, I said ‘Oh she’s crazy’ that’s why I left,” said Fremichael.  Denver Police pulled Fremichael over six blocks away to arrest him.

Denver police also filed a civil violation against Fremichael’s Toyota Prius as a “Class One Public Nuisance,” alleging the car was used in the commission of a crime.

“My client unfortunately got himself caught up in a scam that the city basically uses to make money,” said Richard Gross, Fremichael’s defense attorney.  Gross helped convince a judge to acquit Fremichael of the prostitution charge but says Fremichael was forced to sign a civil stipulation long before he was found innocent of the criminal charge. 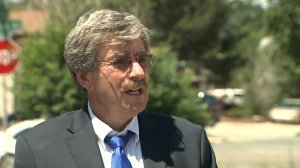 “If he refused to sign that stipulation and was found guilty at a civil hearing, he would end up losing approximately $6,000 and the vehicle would be impounded for between six months and a year,” said Gross.  Instead, Fremichael agreed to pay a $1,000 and wait 30-days to get his car back.

“I was, still I”m angry,” said Fremichael, who estimates his lost $2,500  not being able to drive his taxi for a month. 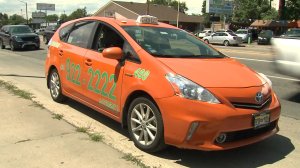 “The city has him over a barrel. Once they steal his car, which is in effect what they did, they have him over a barrel and it`s unfortunate that the city is so desperate to take money from working class people,” complained Gross.

A public records request filed by the Problem Solvers revealed Denver used its Public Nuisance Abatement Ordinance to confiscate 1,821 cars in 2016 and made $2.4 million dollars in the process.  This year Denver is on pace to seize more than 2,000 cars. 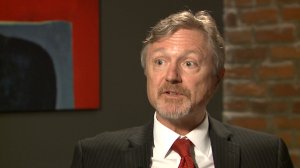 Greg Rawlings is a former city attorney who used to prosecute Public Nuisance cases.  He told Fox 31 the city confiscates people’s cars, “because they can” before adding the city’s motive is obvious, “money,” said Rawlings.

Denver’s Public Nuisance Ordinance lists 24 different crimes police can use to impound a person’s car.  Some offenses are obvious, like “Any Drive-By Crime” others less so, such as “Two or More Offenses of Disturbing the Peace with 180 Days.”

But Kristin Bronson, Denver’s City Attorney, denies the city is misusing the civil ordinance as a money grab. 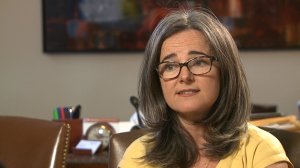 “It’s not being abused. No this is an ordinance that’s been in place for 20 years and it is a mechanism by which the city can discourage the use of vehicles in the commission of crimes and it’s works well,” insisted Bronson.

Bronson points out that defendants can ask for a civil hearing before a judge if they don’t want to settle the Public Nuisance violation but Rawlings responds, “That`s meaningless. No one wins civil hearings on that. The standard of proof is too low.”

Both Rawlings, a former city prosecutor and Richard Gross, a defense attorney, agree defendants agree to the civil settlements with a gun methaphorically pointed at their head.

It’s a description that Bronson bristles at, “No one is holding a gun to anyone`s head. These are voluntary settlements. Many folks have attorneys representing them.” 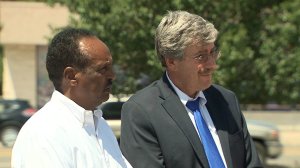 That’s true.  Semere Fremichael had Richard Gross representing him but again Gross says the Public Nuisance Ordinance gives Fremichael only one real option, “It`s not really a fair deal that Semere entered into.  They had his vehicle and the only way for him to get his vehicle back quickly was for him to sign an unfair stipulation,” explained Gross.

Fox 31 asked the city of Denver for any records that would show if a defendant had ever challenged the confiscation of a vehicle at a civil hearing but was told the city doesn’t keep track.  The Problem Solvers then asked the three municipal judges, who would hold such a hearing.  One judge wouldn’t respond to our inquiry but the other two could recall no such cases.

” I would say that probably means we`re offering pretty fair settlements if everyone is wanting to take them as opposed to go to trial,” said Kristin Bronson. 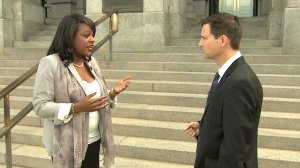 But Representative Leslie Herod reached a very different conclusion.  “It doesn’t sound fair. It doesn’t sound right and we’re going to have to rein it in, ” said the Denver House Democrat who helped pass House Bill 1313 this year.  The measure is intended to crack down on civil asset forfeitures by preventing police in Colorado from receiving federal forfeiture funds if the property seized is worth $50,000 dollars or less.

State law doesn’t override civil ordinances put in place by cities like Denver, which have a home-rule charter.

“What we wanted to do is make sure that Coloradan`s got due process protections and due process rights and that localities weren`t going around the state law to the federal law in order to pad their pockets basically,” explained Representative Herod.

But the Denver District Attorney has a policy that generally requires a conviction that may explain why the office, a state agency, only made $24,000 dollars off of 5 cars in 2016.  A far cry from the $2.4 million the Denver City Attorney’s office generated for the city in 2016, by confiscating more than 1,800 vehicles.

The Denver City Attorney does not require a conviction to impose a civil fine on car owners involved in certain crimes. 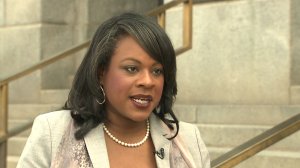 “If you’re acquitted of a crime, I do believe that you should have a process to be able to get your money or your property back of course,” said Rep. Herod.

Greg Rawlings agreed, referring to Semere Fremichael he said, “We should do what’s right. A, give him his God Darn car back and B, give him the money for the impoundment back.”

But because Fremichael signed a civil stipulation, he has no practical way to appeal.

“To steal a man`s livelihood when he`s found not guilty is the most despicable abuse of power that the city can exert,” fumed Fremichael’s attorney Richard Gross. 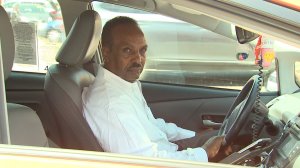 Semere Fremichael might have been innocent in the eyes of the law but he doesn’t feel that way.  Not when he had to pay a $1,000 civil fine to get his car back.  “To me, it’s not fair,” said Fremichael.

Representative Leslie Herod is part of a statewide task force formed by Governor John Hickenlooper after he signed H.B.1313 into law.

The task force is looking at due process protections and Representative Herod says she hopes it’ll review local ordinances she believes violate the spirit of the state law to see if more legislation is need.

7 ghost towns to visit in Colorado

7 ghost towns to visit in Colorado

Demand for tutors is surging

No more tax on diapers and feminine hygiene

Getting homework help from a tutor

Cherry Creek teachers prep for back to school

Back to school causes mental health struggle in teens

London kids to be offered polio shot after more virus …

31 hospitals not complying with price law