DENVER -- Maybe she's not a Nuggets fan, an Avalanche fan or a concert-goer but one would like to think major city landmarks are  familiar to Denver 911 operators. 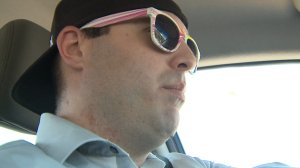 But a 911 call from Uber driver Chris Armeli left us wondering. He called the emergency line at 7:32 a.m. Tuesday morning after noticing all the traffic signals had stopped working on Auraria Parkway, which runs about a mile between Interstate 25 and Speer Boulevard.

Below is the entire transcript of his one minute phone call to Denver 911.

Chris Armeli: I don’t know if you guys are aware but all the traffic lights on Auraria Parkway by the Pepsi Center are out in all directions. 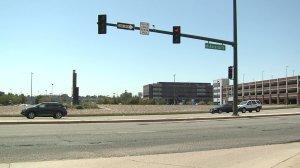 911 Operator: Do you have a cross street?

Chris Armeli: It’s Auraria Parkway and whatever the Pepsi Center is, every single light, each cross street. 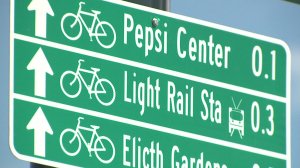 911 Operator: Okay so I would need you to get me an address with some cross streets.

911 Operator: So you don’t have an exact location?

Chris Armeli: Well it’s every single light on the street for almost a mile and half.

911 Operator: Yeah but for me to set up a call, I need to have exact cross streets. 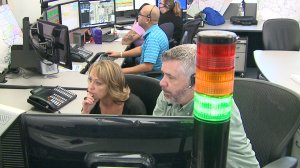 Chris Armeli: Okay, well do you know where the Pepsi Center is? 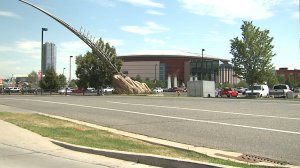 Chris Armeli: That would be the address. You don’t know where Pepsi Center is, the largest event venue in Denver?

911 Operator: No, in order for me to set up a call, I need exact cross streets of where the signals are out.

Chris Armeli : Okay, well then I guess you can just figure it out on your own. (Hangs up)

In a follow-up interview just three hours after that phone call, Armeli told FOX31 he was stunned by the operator's response, "I don’t expect them (911 operators) to know every intersection but I do expect them to know the bigger staples in the city like the Broncos Stadium, the Pepsi Center, the Capitol because those are landmarks that people are going to scream out when they need help."

In a statement to the Problem Solvers, Denver 911 wrote, "The call taker who spoke with Mr. Armeli had additional resources at her disposal that could have helped her obtain the location information she needed. The matter is being addressed by her supervisor; however, it is important to note that Denver 911 received additional calls about the downed traffic lights prior to Mr. Armeli`s call, and an incident had already been created in the system."

Armeli told FOX31 he can't help but wonder what would've happened if his call had been a bigger deal. 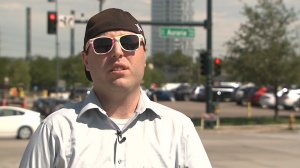 DENVER (KDVR) -- More than 100 law enforcement officers across the Front Range have been investigated or disciplined for possible misconduct over an 18-month period while on paid leave, an investigation by the FOX31 Problem Solvers found.

Body cameras show the officers involved have beaten members of the public and demonstrated racial bias.