DENVER — There has been a significant development regarding the federal program that uses poison traps to kill coyotes.

Thursday night the FOX31 Problem Solvers first told you about the dangers of “accidental discharges” of cyanide bombs.

We profiled the case of a teenager who was injured, and his pet dog killed, after federal wildlife agents planted M-44 “coyote getters” in a field near a house in Pocatello, Idaho.

Now, FOX31 has confirmed the government is leaning toward banning the devices.

A petition, filed a few months ago by animal-rights and conservation groups, gained traction Thursday.

This summer, attorneys for the Center for Biological Diversity asked the Environmental Protection Agency to stop allowing the use of sodium cyanide to kill predators, because the chemical fallout when they discharge has not been studied.

FOX31 confirmed Friday the Department of the Interior has “tentatively agreed” to ban the setting of   M-44s on livestock grazing areas controlled by the Bureau of Land Management. That’s 700 million acres mostly located in the Rocky Mountains. 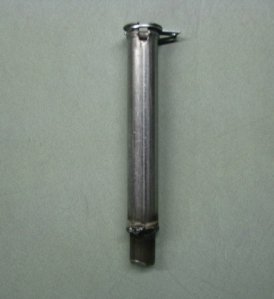 That progression toward an outright ban of the poison-ejecting cyanide traps is hopeful news for Dr. Mark Mansfield and his family. 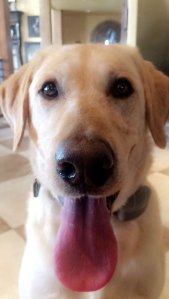 Mansfield’s beloved Labrador Casey was killed by an M-44, while his 14-year-old son, Canyon, was injured by the cyanide spray.

“I keep thinking why are they holding on so tightly to the cyanide bomb? Why do they want this so badly? It makes no sense to me,” Dr. Mansfield told FOX31. “Is this an ego thing? Like they don’t want to be told to stop using a very, very old archaic method of killing? They can’t let it go? Cyanide go? Cyanide, which has been used for thousands of years for just bad stuff.”

FORT COLLINS, Colo. -- A suspected peeping perpetrator is still at large in Fort Collins after an incident ending in gunfire on Monday.

JEFFERSON COUNTY, Colo. (KDVR) – A video posted by Colorado Parks and Wildlife (CPW) on Sunday shows five bobcats hanging out in a backyard in Jefferson County.

CPW said that bobcats in an urban setting will generally concentrate where their prey is most abundant.

If computers can do it, why are real guns still used on film sets?

NEW YORK (AP) — With computer-generated imagery, it seems the sky’s the limit in the magic Hollywood can produce: elaborate dystopian universes. Trips to outer space, for those neither astronauts nor billionaires. Immersive journeys to the future, or back to bygone eras.

But as a shocked and saddened industry was reminded this week, many productions still use guns — real guns — when filming. And despite rules and regulations, people can get killed, as happened last week when Alec Baldwin fatally shot cinematographer Halyna Hutchins after he was handed a weapon and told it was safe.

Why has Halloween become so popular among adults?

Do I have salmonella poisoning, or is it something else entirely?

See where Denver ranks in this list of ‘rattiest’ cities