GREELEY, Colo. -- No one denies Thomas Moore  committed sex crimes while employed as a nurse for the Greeley Emergency Center.

The 45-year-old has pleaded guilty in Weld and Adams counties to molesting patients under his care, and he faces more criminal counts in Larimer County and Wyoming.

But victims who want to sue him and his employer are finding Colorado's statute of limitations for civil lawsuits to be a major obstacle.

In 2016, lawmakers passed a law that gives victims of sex assaults 20 years to report the crime to law enforcement.

The previous statute of limitations had been 10 years.

But if those same victims want to sue the perpetrator or the employer who perhaps shouldn't have hired them, the statute of limitations is two years.

And if the employer or employee had government immunity, then a victim only has six months to file what's known as a notice of intent to sue.

"He was a sexual predator," is how one victim, whose identity is being protected, said of Moore.

Police records confirm the woman was treated by Moore at the Greeley Emergency Center for kidney stones in 2014.

"He kept giving me drugs for pain to the point I didn't know who I was and I vaguely remembered him climbing into bed with me and laying there and massaging my breasts," the woman said. 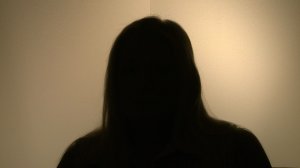 Like many victims of sex crimes, she didn't report the incident right away. It wasn't until Moore's mugshot made the news a year later that she stepped forward.

"I kept getting nightmares more frequently," the woman said. "I got depressed, lost weight, gained weight. It wasn't until he was arrested and my daughter let me see his picture and I knew it was not a dream that it actually happened. It was true."

It would take her another year to find an attorney and file a lawsuit against Medical Center of the Rockies, which owns the Greeley Emergency Center. 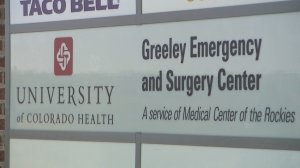 "The statute of limitations for a client like our client is two years," said the woman's attorney, Sam Cannon.

But it turns out Cannon might not have met Colorado's statute of limitations.

A legal document shows Medical Center of the Rockies contends it hired Moore through its parent company UCHealth, a hospital network that's been allowed under state law to grant government immunity to many of its employees.

If a judge agrees that Moore was a UCHealth employee and not employed by Medical Center of the Rockies, then Cannon's lawsuit could get dismissed because he was supposed to sue UCHealth within six months of his client's assault.

"A private entity, the Medical Center of the Rockies, is using governmental employees to shield themselves from liability when things go wrong in their hospital," Cannon said.

Victims of Moore say two years isn't much time to file a lawsuit and six months as the case might be is even worse.

"I think it's wrong. In my case, it took a while. I thought it was just a dream," said the woman, who was under heavy narcotics at the time she was assaulted.

Julie Salas is another victim of Moore and said the Harvey Weinstein Hollywood sex scandal proves it can take victims years to find the courage to come forward.

"You feel embarrassed. You feel nobody is going to believe you anyway," Salas said. 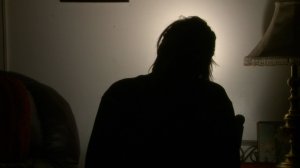 Like the other victim, Salas said she was assaulted at the Greeley Emergency Center.

By the time she tried to hire an attorney, more than two years had passed and no lawyer would take her case because she was told the statute of limitations had expired.

"We have to deal with this for the rest of our lives so two years, it's not even enough time," Salas said.

"Six months is surely not enough time and neither is two years," she said.

The Denver Democrat helped pass what she calls the Bill Cosby law in 2016 that extended the criminal statute of limitations from 10 years to 20 years to prosecute sex assaults.

Fields said it's time to extend the statute of limitations on the civil side too, for victims who want to sue.

"To hear that some organizations are hiding behind a loophole because they're trying to protect their own interest at the expense of that patient's care seems to me to be a little reckless," Fields said.

Cannon said better background checks on Moore would have revealed plenty of red flags, including a child abuse conviction from 2011.

"We found complaints back to 2005 related to Moore`s behavior with female patients," Cannon said.

But his allegations might never make it to a jury if a judge rules Moore had government immunity at the time of his crimes.

Warm weekend in the 80s, chance of afternoon storms