LARKSPUR, Colo. — Alexis Bortell is hardly the first child whose family moved to Colorado for access to medical marijuana.

But the 12-year-old is the first Colorado kid to sue U.S. Attorney Jeff Sessions over the nation’s official marijuana policy.

“As the seizures got worse, we had to move to Colorado to get cannabis because it’s illegal in Texas,” said Bortell, who was diagnosed with epilepsy as a young child.

The sixth-grader said traditional medicine wasn’t helping her seizures and doctors in her home state were recommending invasive brain surgery.

But a pediatrician did mention an out-of-state option: Medical marijuana.

A drop of liquid THC in the morning and at night has kept her seizure-free for 2 1/2 years. 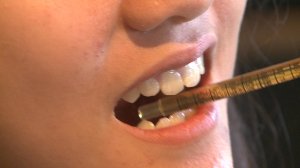 But Bortell said the federal prohibition on marijuana prevents her from returning to Texas.

“I would like to be able to visit my grandparents without risking being taken to a foster home,” Bortell said on why she’s joined a lawsuit that seeks to legalize medical marijuana on the federal level.

Since the 1970s the Drug Enforcement Agency has classified marijuana as a Schedule One drug, which in the eyes of federal policy makes marijuana more dangerous than meth or cocaine and on par with heroin.

“How is that rationale? It’s not compassionate either, but rationality? It’s just outrageous,” said Alexis’ dad Dean Bortell.

He showed his backyard fields, where he grows five acres of marijuana plants used to derive the medicine that helps his daughter and patients he’s never met.

“When you look at it from a distance and you see it saving their lives, me as a father and an American, I go, what are we doing? How could you possibly look at someone who`s benefiting from this as a medicine and threaten to take it away?” Bortell said.

Twenty-nine states and the District of Columbia have legalized medical marijuana.

“As it pertains to cannabis, the (Controlled Substances Act) is irrational and thus unconstitutional,” said Heller, who added the U.S. government “made a representation that cannabis has medical application for the treatments of Parkinson`s Disease, HIV-induced dementia and Alzheimer’s disease and yet at the same time the United States government maintains that there is absolutely no medical benefit for the use of cannabis. That is of course absurd.”

He said he thought the lawsuit was clever but admitted its success might be a long shot.

“Whenever you sue the government, the deck is really stacked against you,” Foster said.

But he added the federal government might have a hard time arguing medical marijuana has no known medical benefits.

“We now live in an era where 62 percent of Americans live in a state where the medical use of cannabis is legal at the state level,” he said.

Alexis Bortell said she hopes her lawsuit will normalize medical marijuana but also legalize it.

“We’ll be able to be treated like what you call ‘normal’ families,” she said.

Bortell is joined in the lawsuit by another child, a military veteran, a marijuana advocacy group and former Broncos player Marvin Washington, who played on the 1998 Super Bowl-winning team.

The federal government has already lost its first motion to have the case dismissed.

How safe is Denver when it comes to natural disasters?

How safe is Denver when it comes to natural disasters?

Now is the time to get those ski deals

A card that celebrates the importance of recovery …

Now is the time to get those ski deals

A card that celebrates the importance of recovery …

A local nonprofit is helping support families as …

Woman in police car hit by train plans to sue