DENVER -- The mother of a man killed during a standoff is demanding more than $1 million from the Denver Police Department after she says tear gas set her house on fire.

The city and county of Denver has rejected Mary Quintana's claim under the Colorado Governmental Immunity Act. An investigative report by the Denver Fire Department makes it clear tear gas used by DPD is the mostly likely cause of the fire that caused severe damage to the home Mary Quintana shared with her son 35-year-old son Joseph Quintana. 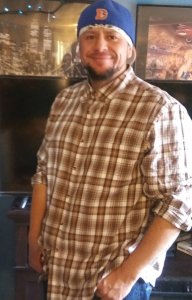 Denver Police responded to 622 N. Inca on the afternoon of Jan. 27, 2019 after receiving reports that Joseph Quintana was shooting a weapon from his home. Quintana barricaded himself inside his home and during the standoff, Denver Officers Richard Jaramillo and Steven Gameroz were both shot. Each has since made a full recovery.

Just after 5 p.m. on the day of the standoff, Quintana came outside with his hands up in an apparent bid to surrender. But moments later, he went back inside the home, where the medical examiner determined Quintana fatally shot himself in the back of his head.

During that time frame, DPD tossed two tear gas grenades into the home. One is called a "flameless tear gas grenade" designed for indoor use because they are unlikely to start a fire. But police also threw in a CN/CS grenade, which -- according to a Denver Fire Department investigative report -- "is designed specifically for outdoor use due to its fire-producing capability." The report goes on to state "The probable ignition source for the fire was the CN/CS grenade." 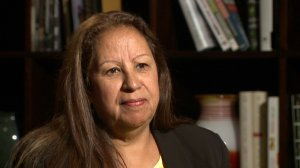 "I lost my whole life. Now, I have to start all over again," said Mary Quintana. "Trying to figure out where I'm going to live, I'm homeless now."

On May 8, 2019, Salazar sent a letter to the city and county of Denver demanding a $139,011.94 to cover the cost of home repairs plus $900,000 for the Denver Police Department's "illegal and unconstitutional acts leading to the destruction of her home." The city of Denver responded with a letter on May 20, 2019, stating "we must respectfully deny this claim" based on the Colorado Governmental Immunity Act, which in many cases shields governmental agencies from liability. 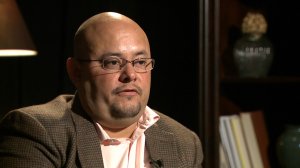 In a statement, the City Attorney's Office told FOX31:

"The Colorado Governmental Immunity Act provides limited exceptions for which the City and County of Denver and its employees may be held liable for damages.  We do not believe this case falls under those exceptions and Ms. Quintana’s claim was denied as a result.

We understand how difficult this incident must have been for Ms. Quintana and her family. In a measure of goodwill, the City paid her insurance deductible ($1,000.00) to ease a portion of her financial burden, notwithstanding the fact that two officers were shot by Ms. Quintana’s son in the line of duty.  The City’s payment of Ms. Quintana’s deductible is not an admission of the City’s liability nor does it prevent her from pursuing a lawsuit against the City, which she has not yet done."

Salazar said Denver's offer of a $1,000 to cover Quintana's deductible is insulting and adds their legal theory isn't supported by the law.

"The taking of the property by burning it down, that's not covered by government immunity," Salazar said.

Salazar said if Denver doesn't reconsider, he'll file a federal lawsuit on behalf of his client.

"I'm hurt because they destroyed my place where I lived. They left me homeless and they don't seem to care," said Mary Quintana.

DENVER (KDVR) -- More than 100 law enforcement officers across the Front Range have been investigated or disciplined for possible misconduct over an 18-month period while on paid leave, an investigation by the FOX31 Problem Solvers found.

Body cameras show the officers involved have beaten members of the public and demonstrated racial bias.