The woman who made the complaint quit two weeks ago in frustration.

The woman asked the FOX31 Problem Solvers to only use her first name, Nicole, when reporting on her experience. 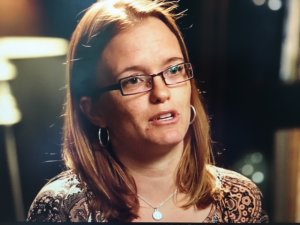 “I’m tired of living in fear,” said Nicole, who resigned from Heritage Elementary in Centennial just days after sharing her story with FOX31.

The single mother of three worked as a paraprofessional helping kids with special needs.

Her own kids attend the school and her 10-year-old daughter attends a social skills group for girls led by school psychologist Adam Parker.

“I’ve cried in his office before about the struggles I’ve gone through with my daughter and I felt comfortable with him,” said Nicole, who now wonders if Parker thought he could take advantage of a perceived vulnerability. 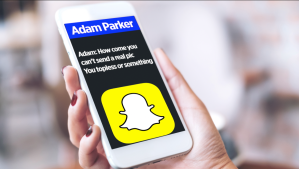 In December, the 32-year-old said she received an inappropriate Snapchat message from Parker.

She said Parker sent a picture of the Twin Towers in London where he was on vacation over winter break, when he texted her “How come you can’t send a real pic of you. Topless or something?” 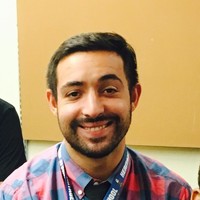 “‘Really, Adam? Why would you ask me for topless pictures?’, I’m thinking. I’ve never given him any sign that it would be OK for him to ask me,” is what Nicole said she remembers thinking.

Snapchat is a social media application that allows senders to share texts and photos that automatically delete themselves, usually after ten seconds.

A person on the receiving end can take a screen grab of the  message but doing so will automatically notify the sender.  That’s why Nicole took pictures of the conversation with a second phone. In the conversation, which Nicole shared with FOX31, Parker soon wrote, “You are topless, huh?”

Nicole didn’t reply then a new back and forth followed:

Nicole: “I don’t know how to react to this.”

“He asked me what I was doing. I said binge-watching Shameless while I can. He said ‘I love that show — so you are topless, huh.’ And then I said ‘really Adam’?” 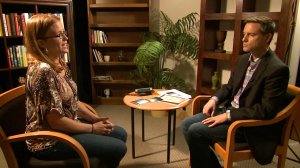 Nicole said she confronted Adam on the first day back at school after Winter Break but he denied knowing what she was talking about and Nicole thinks he assumed she had no evidence of the Snapchat conversation.

But Nicole had taken screenshots of the Snapchat conversation with a second phone.

She showed them to her supervisor but Nicole said she was told to basically keep quiet and not go to the principal.

In mid-February, Nicole finally did complain to the school principal because she said seeing Adam  Parker everyday in the school hallways had become so awkward. 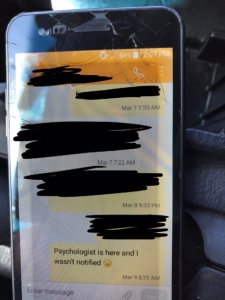 “He was put on leave and then they let him back without my knowledge,” said Nicole in disbelief.

On the morning of March 9, after seeing Adam Parker’s car in the school parking lot, Nicole sent the following text to friend, “Psychologist is here and I wasn’t notified” followed with an emoji of a shocked face.

“No one talks to me. I feel like I did something wrong,” complained Nicole who said she felt ostracized by co-workers after complaining.

The Cherry Creek School School District declined a request by the Problem Solvers to explain its No Tolerance policy on camera.  In an email, a district spokeswoman told FOX31: 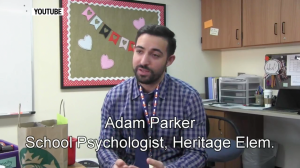 “The investigation determined that the employee did engage in misconduct. The employee was told not to repeat the behavior and our understanding is he has not engaged in the behavior since the single incident over winter break.

‘We investigate every report of alleged employee misconduct, including possible sexual harassment, and make decisions about consequences based on the facts of each individual case. It is protocol for the district to place an employee on leave during the investigation.”

In addition the district told FOX31 that someone from Human Resources had been in contact with Nicole throughout the investigation and warned her the school psychologist would be coming back to work. 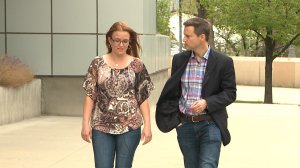 But Nicole says the district is flat out lying and says she didn’t even know the district had substantiated her complaint until the district admitted its findings to FOX31.

Also, Nicole said if she had been warned that Adam Parker was coming back to school then why would she have sent a text on the morning of his return, to a friend expressing surprise?

FOX31 has  reviewed the text and confirmed its authenticity  with the person who received it back on March 9. 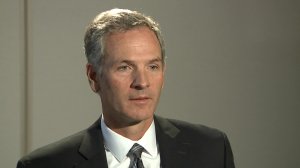 The Problem Solvers spoke with employment attorney Colin Walker about Nicole’s case.  “I think there’s a number of problems with what happened here,” said Walker, who is the legislative director for human resource management in Colorado.

He said the district should’ve absolutely notified Nicole that Parker was coming back to work and adds that the school district should have offered Nicole some services, including counseling.

“It certainly is best practice to give her some kind of explanation because if you don’t, sometimes the employee will conclude that you’ve taken no action and that really is a problem,”  said Walker. 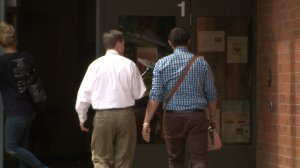 The Problem Solvers tried to speak with Adam Parker after school one day but as soon as saw our camera, he turned around and walked back into Heritage Elementary.

She quit with two weeks left in the school year, feeling the district chose to protect Adam at her expense,  “They definitely should not have put me back into a hostile environment.”

DENVER (KDVR) -- The apartment website Zumper reports the average rent for a one bedroom apartment in Denver is $1,412. That's a 6% decrease compared to this time last year.

More renters are investing in insurance to keep their belongings  protected.

DENVER (KDVR) — With the average price for a single family home currently hovering around half-a-million dollars in Colorado, we’ve been wondering what a cool million will get you these days?

Colorado is currently dealing with a record low inventory of homes available for sale, which is driving prices up to sky-high levels.

Snow and rain to clear overnight, sunny days ahead