SALIDA, Colo. — The Chaffee County sheriff and Salida police chief are publicly criticizing the district attorney for the 11th Judicial District for closing a homicide case they feel could still be solved. 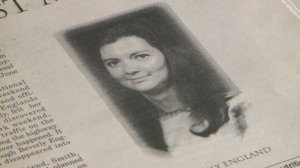 Investigators reopened the case of Beverly England in 2015 and law enforcement felt they were close to solving the 36-year-old mystery.

On June 12, 1980, England left her two young children with a baby-sitter to meet someone and disappeared.

The Chaffee County district attorney had told England’s family and law enforcement that a grand jury was needed to finalize the case.

“I want to put my mom to rest,” said 41-year-old Bricia Patterson, who last saw her mother as a 5-year-old girl at a park in Salida. “My mom has had injustice done for 36 years.”

A hiker discovered bones in 1992 in a ravine near Mount Shavano.

Because of bureaucratic mistakes, it took another 23 years to test the bones at a DNA lab in Texas and identify the remains as belonging to England. 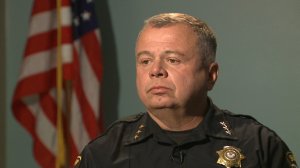 “We know the person that did this,” Chaffee County Sheriff John Spezze said.

“I think we have a good case,” Clark said.

Both law enforcement agents thought they had an agreement with 11th Judicial District Attorney Molly Chilson to convene a grand jury. 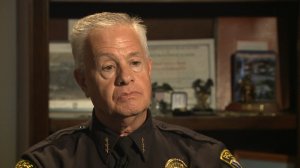 As proof, both men point out Chilson went before county commissioners on Aug. 9 to request funding for a grand jury.

“The main justification for this request is to attempt every effort we can to find justice for Beverly England`s family,” Chilson said at the time.

This week, county commissioners gave tentative approval for a 20 percent increase to the DA’s budget. But Chilson said the funding approval came too late.

On Oct. 27, she delivered the bad news to England’s children that she was no longer seeking a grand jury.

Cayl England said he and his sister, Bricia Patterson, were blindsided by the DA’s decision. 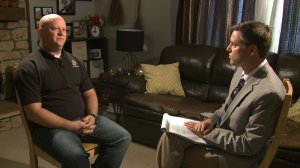 now what (Chilson’s) deal is. It’s not fair, it’s so not fair,” Patterson said.

The sheriff and police chief feel the same way.

“I was disappointed. I thought we were all in this together,” Spezze said.

Clark said he was stunned Chilson had a meeting with England’s children without inviting him or the sheriff.

“That one kind of hurt, yeah that one hurt,” he said.

Investigators could arrest a suspect without a grand jury, but they would have to get the district attorney to sign the arrest warrant.

The big advantage to a grand jury is it can compel witnesses to testify who all these years later still haven’t spoken to investigators and that could yield new evidence for prosecutors.

But Chilson believes there’s no longer any useful information to be gained by convening a grand jury.

“I honestly believe this is not a provable case,” she said.

She admits she was in favor of calling a grand jury a few months ago, but only as an investigative tool, not to get an actual indictment. 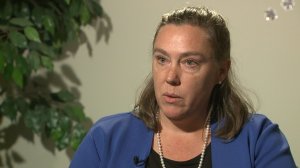 ut of the bag and believes witnesses will no longer be honest with investigators.

“We thought during this one window of time, there were going to be a number of strategic moves done by the investigators that we thought might shake some information loose, might shake some maybe even some confessions loose of people who knew what happened back in 1980.”

But investigators said there is no way to know the secrets behind England’s death without convening a grand jury and disagree that their window of opportunity has gone by.

“With the grand jury there`s nothing to lose and only everything to gain,” Clark said.

No evidence has been collected in the case for more than 30 years and Chilson maintains prosecuting the case was never realistic.

“I think that the hopes of the family were built up and I don’t know how candid the conversation was between law enforcement and the family,” Chilson said.

Responded England: “If it came to false hope, I would say she’s part of that because she was seeking a grand jury.”

Spezze wonders if Chilson lost interest in the grand jury route because county commissioners initially would not promise her office an additional prosecutor.

“(Chilson is) using this family to gain something for (her) office and it’s not just right. It’s just not right,” Spezze said.

Chilson was asked if it is fair to ask commissioners to provide a full-time staff position knowing the position would exist even after the England case is over.

“We believe that was the only viable way to do it,” she said. “We asked for a full-time prosecutor to take over my docket so I could work the grand jury process.”

Critics believe Chilson is closing a 36-year-old mystery without making every last effort to gain additional information about the case.

“If it was her mom or her sister or her mother, I would hope that she would take it, at least give it the full opportunity. I mean, we’re right there,” Patterson said.

The budget increase would give Chilson two additional prosecutors in her office, but she said she still will not reconsider a grand jury.

ARAPAHOE COUNTY, Colo. (KDVR) — A puppy was swiped from a local pet shop on Friday in broad daylight and the brazen crime was caught on surveillance camera. After nearly one week apart, the pup and the owner of the pet shop were reunited on Thursday.

The tiny, fluffy white Maltese was only 14 weeks old when he was stolen, weighing just 2 pounds, according to the pet shop owner. On Friday, two women were seen looking at puppies at Aquatic Dog and then one of them grabbed the puppy, put it in her jacket, zipped it up, and took off.

DENVER (KDVR) — It has been four weeks since the Marshall Fire tore through Boulder County.As families there try to put their lives back together, the state's Fire Commission is looking for solutions to better mitigate the next natural disaster in Colorado. They said the answer will come from the Capitol.

Fire Commission Executive Director Mike Morgan wants to see more people working behind the scenes, helping coordinate during a disaster. FOX31 asked a leader at the Capitol if they plan to help make that happen.

Who’s responsible for clearing the sidewalks? You are

Questions to ask before selling your Marshall Fire damaged home

Older Coloradans can get help shoveling their sidewalks