CENTENNIAL, Colo. -- Jeremy Diehl says he was fired from his job at US Foods in Centennial after he complained about workplace safety to the Occupational Safety and Health Administration.

"Oh Yeah, definitely they knew it was me," said Diehl. 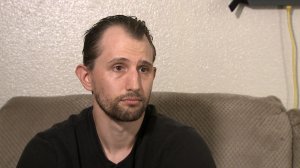 The 33-year old took a series of selfie videos with his phone complaining about workplace conditions he considered a safety hazard.

"This place is giving me nightmares. I actually had a nightmare that things actually fell on me while I was working," he said in one video shared with FOX31.

Diehl repeatedly complained  about wooden pallets stacked high with food and no metal bar underneath the center of the food pallets that he feared could fall on workers below if the pallets shifted or cracked. 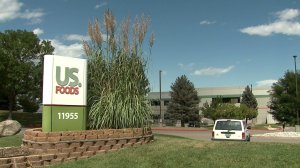 Diehl was suspended June 11 but wasn't told why.  Days later he tipped off OSHA about his safety concerns.  According to a document OSHA shared with the Problem Solvers, the federal safety agency fined U.S. Foods on June 28 after an inspection found, "US Foods Inc. did not ensure palletized product was stacked in a stable manner so as to protect employees from struck-by or crushing hazards."

The same day a termination letter shows US Foods fired Diehl for "behavior. that was disruptive to normal operations and harassing to other employees." 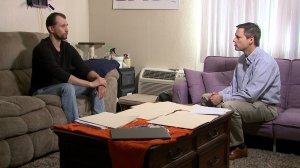 "If you`re a Whistleblower and you work at US Foods you don't have a job," said Diehl.

After he was fired, Diehl filed a whistleblower complaint with  OSHA, saying "I didn`t do anything wrong. I asked for the right thing to be done."

Emails shared with the Problem Solvers show OSHA tried to negotiate a settlement but Diehl refused a $5,000 offer from US Foods that would've made his whistleblower complaint go away.

"I want OSHA to continue investigating them and I also want the people involved in what happened at US Foods brought to justice," Diehl said. 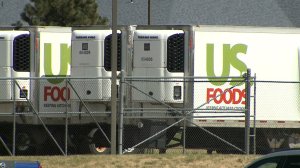 In a statement, a spokeswoman US Foods told FOX31:

"We take safety very seriously and provide many resources for employees to report safety issues without concern for retaliation. Due to employee privacy concerns, I cannot discuss the specifics of Mr. Diehl’s termination but what I can say is that it was not the result of our cooperation with an OSHA onsite visit.”