CENTENNIAL, Colo. -- An apartment complex in Centennial has been cited for a number of safety code violations after a tenant died falling down the stairs. 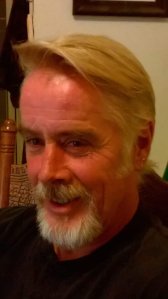 His common-law wife of 10 years, Suzanne Hornaman, told the Problem Solvers Ford was taking a smoke break around midnight when he stumbled from the third floor landing to the second floor.

"I feel pretty lousy. I can’t honestly say if the stairs caused it or his drinking. It’s hard to say," Hornaman said.

Hornaman acknowledges her husband was an alcoholic who was extremely intoxicated on the night he fell. Autopsy reports obtained by the Problem Solvers confirmed his blood alcohol level was .458, nearly six times the legal limit to drive. 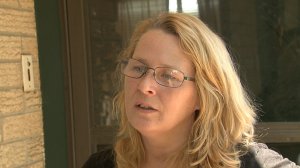 But Hornaman said that shouldn't minimize the condition of the stairs where her husband fell.

"We've been complaining about it for years. I've been here for 10 years and they've been rusted out the whole time."

After Ford's death, an anonymous tip brought out building inspectors for the city of Centennial.  FOX31 obtained a copy of the May 28 case activity report made by the whistleblower, which reads, "Very dangerous stairs at apartment complex! Someone fell down the stairs a week and a half ago and died as a result of the fall!! We are all scared to report this due to retaliation from landlady Lee!! Please hep us." 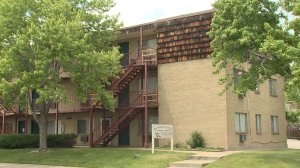 "I remember the city was out shortly after we moved  in (10 years ago) and they (apartment owners) painted over the rust and that was it," claimed Hornaman. 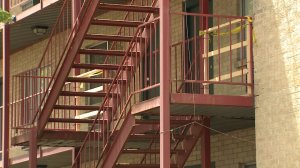 The city of Centennial has given Southglenn Greens Investments LLC, 30 days to bring the building up to code. In the meantime, yellow caution tape has been put up to block off stairwells on the north side of the building from being used by tenants. 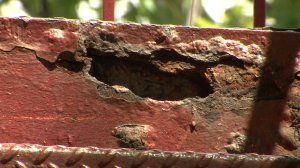 When investigative reporter Rob Low approached a maintenance worker, he said the on-site property manager wasn't home, though tenants would later tell FOX31 that was a falsehood.

"I mean, the owner is going to be the one that actually handles this. That's what it comes down to. He doesn't want us talking or saying anything," the unidentified maintenance worker said,

Property records suggest the true owner is a couple who live in Heritage Estates, a gated golf course community in Lone Tree. 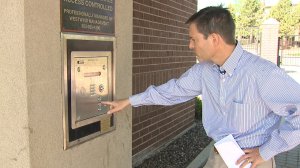 When Low used a button intercom system at the gates of Heritage Estates to reach Ronald Helten, whose home address is a match for the address of Southglenn Green Investments LLC, he claimed to not to be able to hear because of an audio issue with the intercom system.

When Low rang his front door buzzer a few minutes later, Helten declined to answer the door. He hasn't responded to a phone message either.

"You had complained to the landlord, but did it ever occur to you to complain to the city, or no?" Reporter Rob Low asked of Hornaman, who responded, "Don`t want to get evicted." 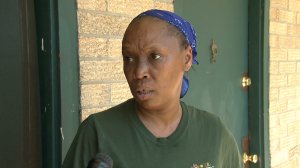 That was a real fear that kept other tenants from talking to the Problem Solvers. When Low asked one tenant, "Had you been worried about these stairs prior to his (Ford's) accident?" She responded, "Of course, but I don't know if I should be on TV because I could be evicted."

Low followed up, "Why do you think they would retaliate against you?" 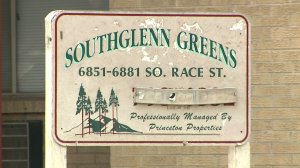 Hornaman said she and her husband tolerated safety hazards because they couldn't afford to move from their one bedroom unit where they paid $850 a month in rent.

"It's the only place we can afford to live," she said. "This is the cheapest place in Denver."

According to the city of Centennial inspection report, the owner of Southglenn Greens has to provide an engineering report to building officials by June 13.  Based on that report,  the city could demand the entire staircase be replaced within a year.

DENVER (KDVR) -- Bethany Skinner has seven kids to watch over, so she was extremely worried when her drywall was torn up in order to repair her heating and air conditioning system.

"It’s important because it’s their safe place. I don’t want to have exposed walls," she said.

JEFFERSON COUNTY, Colo. (KDVR) -- More than 1,600 people have signed a Change.org petition asking for more accountability from Jeffco Public Schools after a FOX31 Problem Solvers investigation into a student suicide revealed the school had specific information about the teen that his father says could have helped prevent his son’s death.

“The school had information that they chose not to act on. They could have done more than they did,” said Sam Craig, a recent graduate of Chatfield Senior High School and a student activist who helped circulate the petition.