BOULDER, Colo. — Before Waylon Lolotai became a Boulder Police Department officer, he was a Denver Sheriff’s deputy under investigation for excessive force. Now, two recent arrests in Boulder involving Lolotai have critics questioning his ability to get hired in Boulder, given his past in Denver.

Lolotai quit the Denver Sheriff’s Department in June 2016 and joined Boulder police a month later in July 2016. At the time of Lolotai’s resignation in Denver, he had been accused of excessive force for an incident caught on surveillance video. The detention center footage from December 2014 has no audio but it shows Lolotai pushing an inmate backwards against a set of stairs after the two men exchanged words.

A year and half later, internal affairs released no public decision about Lolotai’s conduct, and instead called the investigation “resolved” based on his resignation. 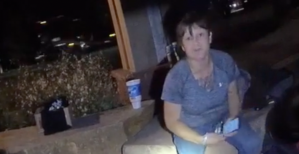 Fast forward to August 2018 and body cam footage obtained by the Problem Solvers shows Lolotai and other Boulder police officers arresting a homeless woman named Michele Rodriguez. It’s unclear in the video why police are questioning Rodriguez and other homeless people sitting near her, but tensions escalate when Rodriguez can be heard asking to use her phone to call a police supervisor.

As she reaches for her phone, Lolotai can be heard saying, “Stop reaching for stuff.” Rodriguez replies, “I’m going to call 911. Is that alright?” And an officer responds, “No, we’re already here.”

Moments later, Rodriguez yells, “Why are you guys harassing me?” before officers arrest her for resisting arrest and obstruction of a peace officer.

The 50-year-old can be seen yelling into Lolotai’s body cam, “You are abusing your powers. Your camera working tonight?”

Rodriguez goes to trial on May 14.

On April 5, 2019, Lolotai is again the arresting officer in a case caught on cellphone video by the man arrested, 26-year-old Sammie Lawrence.

Lawrence decides to record Lolotai and another officer because he thinks they’re harassing homeless people for no good reason. The footage makes it clear Lawrence is standing at a safe distance and makes a note of shooting officers only below the neck to protect their privacy. 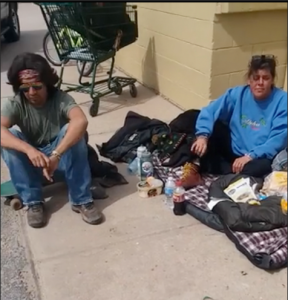 On the cellphone footage, Lawrence can be heard calmly saying, “It’s very weird that this officer is asking me to put my walking aid down, which is pretty interesting. By the way, you see this dragon staff? You see the thing on the very bottom — that rubber thing? That’s called a walking aid by ADA law.”

It turns out, Lawrence suffers from seizures and uses the walking stick as an aid, but Lawrence says Lolotai suggested the walking cane might be a weapon and soon moves in to arrest Lawrence.

At that point, Lawrence is in handcuffs and would be cited for resisting arrest and obstructing a peace officer.

“The arrest itself was illegal, but the fact that they used force against him was absolutely uncalled for,” said Mari Newman, the attorney for Lawrence. “There’s no doubt that the only reason why the Boulder police arrested Sammie was because he was videotaping them while they were harassing these homeless people.”

The long-time civil rights attorney said the arrest was problematic enough but when the Problem Solvers informed her Lolotai had been the subject of an excessive force allegation in Denver; she was incredulous that Lolotai was able to get hired by another law enforcement agency.

“Boulder should never have hired somebody who already had an excessive force problem in another jurisdiction, even if he snuck away from getting disciplined by quitting before he got in trouble,” Newman said. 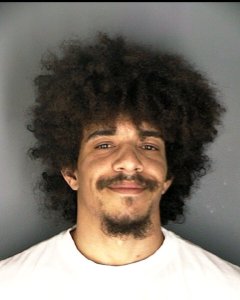 The city of Boulder has hired former U.S. Attorney Bob Troyer to review the  Lawrence case after video of his arrest caused outrage across the city.

In a statement, the BPD told FOX31:

“Waylon Lolotai first applied to be a police officer with the City of Boulder in 2015. At that time, he was told that he could not be considered for employment with the Boulder Police Department due to a Denver Sheriff’s Department active internal affairs investigation.

Waylon Lolotai was one of several deputies named in a complaint filed by an inmate at the Denver Detention Center alleging excessive force. The date of the incident was December 18, 2014.

In 2016, the Boulder Police Department conducted an extensive background check on Waylon Lolotai, which included a thorough review of the unredacted internal affairs investigation file by a commander with significant experience investigating internal affairs. Background investigators also viewed a letter from the Denver Sheriff’s Department to the complainant that stated his allegation was not sustained.

Waylon Lolotai’s start date with the City of Boulder was on July 4, 2016.

In addition, the entire incident of Lolotai pushing an inmate backwards lasted a few minutes, all of it caught on tape. Yet the investigation into possible wrong-doing dragged on for 18 months with no public finding before Lolotai resigned.