DENVER — If a picture speaks a thousand words the image of dozens of relatively new bikes in a scrapyard seems to ask one single question: Why?

A viewer questioned why at least 40 to 50 Lime bikes appeared to have been tossed away instead of given to a nonprofit to rehab the bikes. 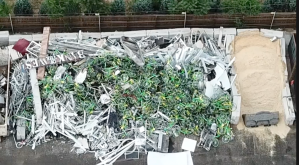 Lime Bike, which  operates a rent by the hour ride sharing program in Aurora, acknowledged it sent the bikes to a Denver scrap yard.  The out-of-state company insists to the Problem Solvers the bikes are damaged beyond repair.

But Alan Fine, the owner of Turin Bicycles, found that explanation hard to believe after looking at the photo of the bikes, “That looks like a terrible waste of bikes to me.”  Fine has been  working on bikes for 50 years and said there are few bikes that are rendered completely useless.

“And there`s certainly organizations in town that would be happy to have them even if every single bike had significant damage to them, again there are certainly usable parts on them,” said Fine.

Mike Decker works for one such non-profit, Bikes Together, which relies on donated bikes to repair and resell.  “For us it`s just a giant waste of potential materials. We`re not the only non-profit bike shop so it just seems ridiculous. I mean it`s a tax write off (to donate the bikes),” said Decker.

Lime began it’s program in October of 2017 and admits most of its bikes have a six-year life span but spokeswoman Mary Caroline Pruitt told FOX31 some people misuse and mis-park the bikes. “And improper parking can lead to quick and irreversible damage.”

But Decker is suspicious of that explanation. “They`re not doing any maintenance on them, from what I`ve heard. They`re not really doing what they can do to reuse the bikes or continue to use them. ” He adds no one from Lime reached out to his shop to see if “Bikes Together” might be interested in rehabbing the bikes, at least for parts, “Bikes are supposed to be sustainable, they`re supposed to cut down pollution so someone who`s just throwing away materials like that seems ridiculous.” 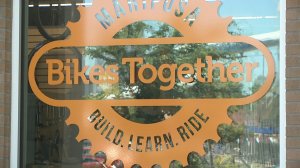 Pruitt insisted Lime wasn’t trashing anything but making sure the damaged bikes would at least be used for scrap metal, “Sustainability is at the core of our business, which is why we recycle parts of our products when they are beyond practical use and work with charity groups to donate any bikes that are reusable.”

FOX31 asked which charity groups Lime works with in the metro area but so far we haven’t received a response. The city of Aurora said it simply provides the permit that allows Lime to operate but said it’s up to the privately-owned company to decide how it disposes of its bikes.

Haunting image over mine shaft appears during hunt for missing mom