LAKEWOOD, Colo. — What was supposed to be a dream backyard patio for Lakewood resident Rob Fideor has quickly turned into a nightmare after he says his contractor, Miguel Hernandez, ripped him off of thousands of dollars.

“He promised me the job would be done in four days, and as you can see, it’s six-plus months later and very little to no work has been done, except for cashing my checks,” Fideor said.

Hernandez’s company is no stranger to the Problem Solvers. We looked into his company in 2015 after a Denver woman told FOX31 he never finished a $9,000 job in a backyard.

Fideor says he paid Hernandez $5,000 and then another $5,800 a few weeks later after he installed wooden forms. 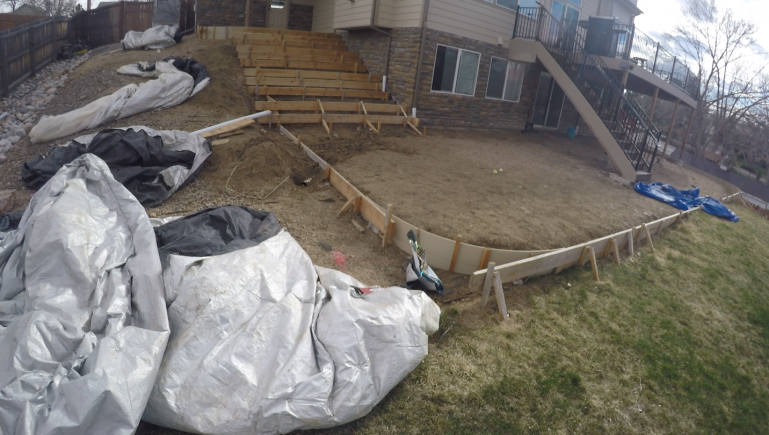 “Just about the same day he got that second check, he went to the bank, cashed it and pulled his guys and stuff out of here,” Fideor said. “I haven’t seen him since.”

We reached out to Hernandez multiple times. He agreed to an on-camera interview and then backed out.

His company has an F rating with the Better Business Bureau, which tells FOX31 it has received a dozen complaints about Hernandez in the past three years.

“We’ve gotten an unusually high number of complaints from people who say that the business didn’t follow through with work after they paid their deposit,” said the BBB’s Ezra Coppersmith.

Coppersmith says the BBB has also issued a “pattern of complaint” alert, which indicates a pattern of consumer complaints against the business.

“It looks like a few of them the business addressed, a handful they didn’t address, but overall, the complaints are all due to the same underlying issue and the business isn’t doing what they should to fix the problem,” Coppersmith said.

Coppersmith recommends doing research before hiring someone for a major project.

“Asking friends and family is a good starting point, but before you actually pull the trigger and hire somebody, you want to do a bit more background research,” Coppersmith said.

FEDERAL HEIGHTS, Colo. (KDVR) -- Residents living at an apartment complex in Federal Heights say they're fed up after dealing with a string of break-ins caused by transients.

The issue has been happening at Tuscan Heights Apartments.

BOULDER, Colo. (KDVR) - Many rifle clubs are having to change the way they do business during the pandemic, but the Boulder Rifle Club is making plans to expand.

Not everyone is happy about it. Resident Daniel Weller tells the FOX31 Problem Solvers as a gun owner he supports gun ranges and rifle clubs but is concerned about the noise associated with the range.

Snowmaking equipment ready to go at Arapahoe Basin; ‘It won’t be long’

‘I want to bring her back home’: Hundreds plan to join search for Suzanne Morphew Thursday

COVID-19 cases continue to grow at CU Boulder, weekly briefings will be held

‘I want to bring her back home’: Hundreds plan to join search for Suzanne Morphew Thursday

Snowmaking equipment ready to go at Arapahoe Basin; ‘It won’t be long’