AURORA, Colo. — Chris Kaspar’s arrest for DUI in 2014 would end up costing him more than $30,000. While the circumstances of his arrest share similarities to the non-arrest of Aurora police Officer Nathan Meier, the cases were handled very differently. 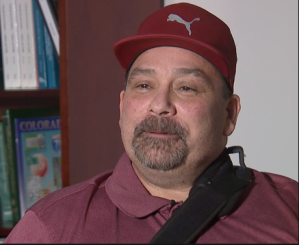 Kaspar admits he was drunk when he left a friend’s party  Dec. 27, 2014 to go sleep off his condition in his car, parked in a cul-de-sac in the 17600 block of East Bethany Drive.

“As a common citizen I’m treated differently. And again, my life was torn apart for sleeping in my car,” Kaspar said.

An Aurora police officer knocked on his window and smelled alcohol when Kaspar rolled down his window. Dash cam footage obtained by the Problem Solvers shows an officer telling Kaspar, “You drove drunk tonight. Luckily, you didn’t drive very far.”

It turns out, police had no evidence that Kaspar drove anywhere under the influence. But his arrest had profound consequences. 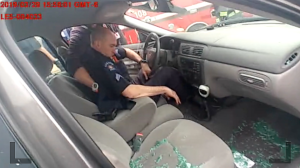 Kaspar has watched the body cam footage of officer Meier passed out in an unmarked vehicle while on a duty with a weapon. Kaspar doesn’t understand why Meier was never investigated for a DUI, even though the officer later admitted to Internal Affairs that he was drunk at the time.

“There is definitely a double standard,” said Kaspar.

An officer on scene of the Meier incident can be heard saying on his body cam, “He’s (Meier) a little intoxicated.” 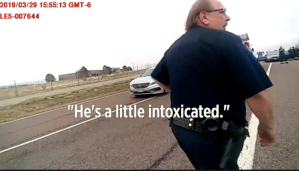 Yet Deputy Chief Paul O’Keefe, who happened to be the first officer on the scene and admitted smelling a “fleeting” odor of alcohol, decided to treat Meier’s case as a medical episode. So, no search warrant was ever sought to test Meier’s blood alcohol level at the hospital.

“I respect everything that the police officers do for us and putting their lives on the line for us everyday,” said Kaspar, adding, “He’s a person just like I am…. why would it cost me so much and everything I had and him nothing?”

Kaspar took his case to trial where he was found not guilty of DUI and DWAI but was found guilty of the lesser count driving with excessive alcohol content below .200.

Kaspar was sentenced to 10 days of in-home detention and one year of supervised probation. The terms and conditions of Kaspar’s probation included completing 48 hours of useful public service, a Mother’s Against Drunk Driving (MADD) victim impact panel, alcohol classes and treatment, monitored sobriety and not committing any new criminal offenses. 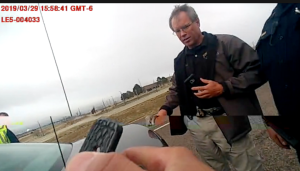 The FOX31 Problem Solvers have again asked Aurora Police Chief Nick Metz for an interview but he hasn’t responded to our latest request.

In a statement released last week, the department said Meier served a lengthy unpaid suspension but hasn’t revealed exactly how long the suspension was or when it was served.

Aurora City Manager Jim Twombly has asked former U.S. Attorney John Walsh to conduct an independent investigation.  A city spokesperson told FOX31 Walsh will do a full review of both city and police policies and how they played a role in the investigation.

Walsh declined an interview with the Problem Solvers but a spokeswoman for his law firm released the following statement:

“WilmerHale has been retained by the City of Aurora to conduct an independent review of the response to the incident involving Aurora police officer Nathan Meier. Former US Attorney for Colorado and current WilmerHale Partner John Walsh will lead that review. In order to preserve the independence of the review, we will not provide further comment at this time.”

Meanwhile, District Attorney George Brauchler said his office is not investigating APD’s handing of the case. However, he said his office would conduct a thorough inquiry into the incident.

COMMERCE CITY, Colo. (KDVR) -- Multiple agencies are responding to a person with a gun barricaded in a vehicle after a road rage incident led to gunfire.

The Adam's County Sheriff's Office said the incident is believed to have stemmed from road rage with multiple people fighting on the road. ACSO said a person pulled a gun and then barricaded themselves in a vehicle.

SAN JOSE, Calif. (AP) — Disgraced entrepreneur Elizabeth Holmes described herself as the abused puppet of her former lover and business partner Sunny Balwani in tearful testimony Monday, part of her attempt to refute accusations that she lied about a flawed blood-testing technology she had hailed as a major breakthrough.

After recounting how she met Balwani while she was still in high school, Holmes said she eventually fell under his sway after she dropped out of Stanford University in 2003 to found Theranos, a Silicon Valley startup she led as CEO for the next 15 years.

DENVER (KDVR) -- It has been 222 days since Denver has last seen measurable snowfall. Warm and dry weather is here to stay for at least the next week.

Denver hit a high of 72 on Monday which was only 2 degrees off of the record high of 74 degrees.

Boebert, Omar blast one another after tense phone call

New Twitter CEO steps from behind the scenes to high profile

Amazon workers in Alabama get a do-over in union election

222 days without snow in Denver: How does it rank in the history books?

Bear sneaks into garage freezer for midnight snack, eats $600+ worth of frozen meat