AURORA, Colo. — In the era of the “Me Too” movement, claims of sexual harassment have perhaps never been taken more seriously.

But the investigation into the conduct of one middle school teacher is raising questions Aurora Public Schools didn’t want to answer when the FOX31 Problem Solvers posed a series of questions. 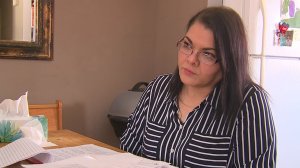 Marjo Martinez is the registrar at Mracheck Middle School in Aurora. On Aug. 1, 2019, she was enrolling new students when she claimed a teacher named Marko Vrtikapa rubbed himself onto her by hugging her tightly from behind. 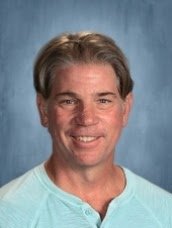 Martinez said she was mortified and immediately told the principal’s secretary and assumed the principal would review surveillance video from cameras in the front office.

“I feel like she did look at the video, she saw the assault and she waited until it was recorded over,” said Martinez.

A spokesman for Aurora Public Schools acknowledged to FOX31 the district only saves surveillance footage for 30 days.

The district won’t talk about why the footage wasn’t reviewed within 30 days when Martinez told FOX31 she reported the inappropriate contact on day one. Furthermore, the district admits it received an anonymous Safe to Tell Report on Aug. 13. 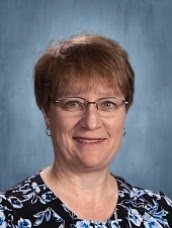 Again, no one from the Aurora Public Schools would talk to the Problem Solvers on camera. But in an email, a district spokesman told FOX31 the following: 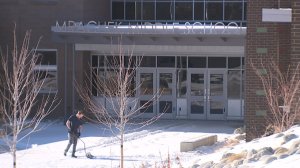 The complainant made an initial sexual harassment report to Mrachek staff on September 25. We immediately conducted a thorough investigation, but were unable to substantiate the allegation. We provided the results of the investigation to the complainant in person on October 22.”

Martinez insisted her Sept. 25 report was a follow-up to a complaint she made on day one and that she recorded an Aug. 15 conversation with Davis to prove the principal had knowledge of her concern of being sexually harassed long before Sept. 25.

In the Aug. 15 recorded conversation, which the Problem Solvers listened to, Davis is following up with Martinez to talk about the Safe to Tell report made Aug. 13 and it appears from the conversation that it’s at least the second time the two women have discussed Martinez’s complaint about Vritkapa’s conduct. 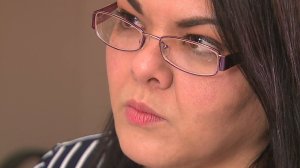 In the recorded conversation, Martinez can be heard telling Davis, “His (Vritkapa) advances are…” and Davis interrupts to say, “Unwanted and need to stop, OK.” And Martinez responds, “Yeah, very, very sexual.”

Again, Aurora Public Schools won’t discuss why — based on information the principal had in August — security footage wasn’t reviewed before it was erased.

When investigative reporter Rob Low asked Martinez, “What does it tell you that another parent saw what happened and thought it was so extreme that they made a Safe to Tell Report?”

Martinez responded, “It tells me that I’m not crazy.”

The 44-year-old told FOX31, “The Safe to Tell report that the district had received, the parent was stating that I looked like I had just been raped.” 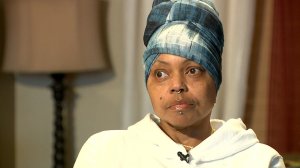 Vernetta Chapman-Lowe is not who filed the Safe to Tell report but she is a key witness. She was in the registrar’s office Aug. 1 registering a student from the group home where she works and told the Problem Solvers she witnessed Vritikapa hug Martinez in a sexual manner.

“Very inappropriate — at first I thought maybe he was her boyfriend or something,” said Chapman-Lowe, before adding, “Then, by the way she looked at him, I knew it wasn’t something that she liked.”

Chapman-Lowe told FOX31 that after Martinez gave Vritkapa a mortified stare, “He just kind of chuckled a little bit and walked away. She didn’t seem like she was comfortable with it at all.” 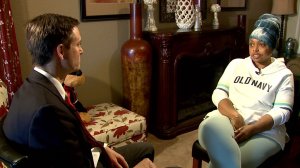 “I do know exactly the incident, you know, but they were so vague at that time I didn’t know what they were asking me about,” said Chapman-Lowe.

It wasn’t until later after she processed the phone call that she figured out the investigator was calling about the Martinez complaint.

“It was definitely a white guy who hugged her (Martinez)?” asked Low.

The Problem Solvers have learned that Vrtikapa was suspended for a few weeks in October while Aurora Public Schools investigated but with the video evidence gone and the key witness describing an African-American man, the district reinstated Vrtikapa. 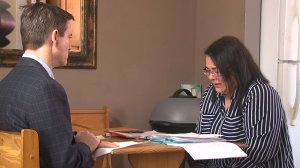 “I don’t want to be there anymore,” said a tearful Martinez. She said her workplace no longer feels safe.

When the district denied her appeal to reconsider its decision after it was unable to substantiate her complaint, she filed a complaint with the Aurora Police Department.

After a few weeks of investigation, a detective cited Vritakapa with a misdemeanor count of harmful/offensive contact.

Martinez said police did more for her in a few weeks than the district did in five months.

“I want to be transferred out and I can’t be transferred. I’ve even asked HR (human resources) to transfer me out and nothing,” she said.

When Martinez returned to the school after winter break, she was placed on administrative Leave. Martinez said the principal and a human resource representative told her they need to determine her future accommodations before she can return to the school.

“It’s like, why do I need accommodations? I was assaulted, get him out of the damn building, just get him out, transfer him to another school, I don’t care,” said Martinez.

Vrtikapa has a court appearance set for Feb. 12 at Aurora Municipal Court.  Aurora Public Schools won’t say if his misdemeanor summons has any bearing on his teaching status.

(NEXSTAR) - At the start of the vaccination drive in the U.S., it was altogether unknown whether the COVID-19 vaccines would prevent transmission of the virus.

But recently, thanks to a series of studies, including real-world data, we're getting greater clarity about the potential for fully vaccinated people to spread the vaccine.

The 18-year-old from Holly spent months of her high school career at Children's Hospital Colorado going through treatment for acute myeloid leukemia.