AURORA, Colo. — FOX31 has confirmed for the first time that an internal review conducted by Aurora’s Force Review Board found no policy violations for the death of 32-year-old David Baker. The navy veteran died in police custody on Dec. 17, 2018. 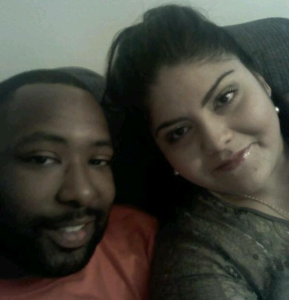 Police were responding to a domestic disturbance after a relative called to say Baker refused to leave the apartment of his estranged wife, Daisy Baker.

One male and two female police officers used Tasers and baton strikes to try to take Baker into custody but body cam footage shows their efforts had little effect on Baker, who officers later said seemed to exhibit super-human strength.

It eventually took hand-to-hand combat and multiple handcuffs for officers to get Baker to lie on the ground with what appeared to be at least one officer sitting on top of him. 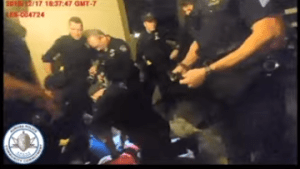 Baker would soon stop breathing and never regained consciousness. An autopsy report by the Arapahoe County Coroner’s Office classified Baker’s death as homicide and found he died of restraint asphyxia “associated with prone restraint with pressure on the upper torso” based on how officers had Baker pinned to the ground.

“I don’t have David here and my son doesn’t have his father and it’s just very hurtful”, said Daisy Baker, 31, who felt police were too slow in their efforts to try to resuscitate her husband.

“They just left him there and, like, face-down handcuffed knowing that he was not breathing. They didn’t provide immediate help,” she said. 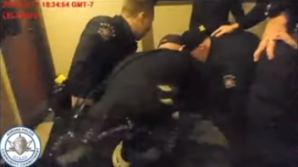 Body cam footage revealed apparent confusion among officers as to whether Baker still had a pulse when they realized he was no longer breathing.

In footage obtained by FOX31, a police supervisor can be heard asking, “We got breathing now guys, yes or no?”

An officer responds, “No breathing, but we have a pulse” but another officer appears to chime in, saying, ” I don’t feel anything. He’s bleeding. He’s bleeding from his mouth. I’m not really feeling (pulse) anything on there.”

“I remember them saying, ‘Hey, he’s not breathing,’ and then they just left him there,” said Daisy Baker.

The Problem Solvers have previously reported the District Attorney for the 18th Judicial District released a letter in March 2019 that found no criminal wrongdoing by the officers involved in Baker’s death. But the city has never shared the findings of its own internal review until the Problem Solvers made a public records request.

In a statement emailed to FOX31, the Aurora Police Department said:

“The actions of the three officers who used a variety of force upon Mr. Baker during the confrontation were found to be within policy and appropriate for the circumstances. The assistance provided by the other responding officers, including Mr. Thivierge, was found to be normal and per protocol. ” 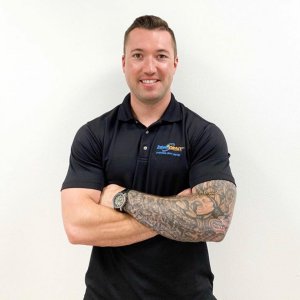 Thivierge’s drug test came back positive for cocaine. Thivierge later told internal affairs investigators that he had ingested “2 or 3 lines of cocaine on Friday December 14, 2018,” three days before Baker died and later admitted he had “used cocaine approximately 12 times throughout the year while off duty.” 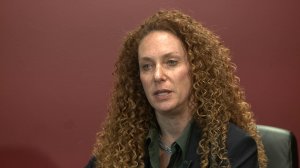 “It’s very troubling to find out that an Aurora police officer was on cocaine,” said attorney Mari Newman. She has sued Aurora police before for civil rights violations and said the department has a troubling history when it comes to disciplining its officers.

“The fact that this officer was allowed to resign rather than being disciplined is illustrative of the problem there,” Newman said.

Records obtained by the Problem Solvers show Aurora police Chief Nick Metz did recommend terminating Thivierge but later allowed him to resign in exchange for Thivierge dropping his pending  appeal.

“Just makes me wonder what else is going on, what else are they hiding?” asked Daisy Baker, who had no idea an officer who responded to the scene of her husband’s arrest had tested positive for cocaine use at the time.

One email from Aurora  police to the district attorney’s office asked, “Will this be published on the DA website?” 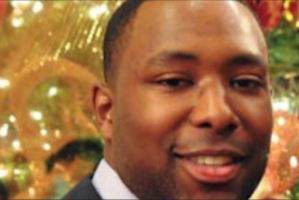 A spokesperson for the district attorney responded, “We are not posting this to our website, but we will provide it to any media that request it.”

An internal police email that followed stated, “Doesn’t mean it won’t get out some other way.”

Eventually it did, but Daisy Baker says she still feels no sense of justice.

“I mean, it’s the police department. They don’t want to admit to any wrongdoing and stuff like that when there was a lot of things that they did wrong,” she said.

Daisy Baker has tried to find an attorney to file a wrongful death lawsuit but so far, no lawyer has chosen to take the case.

Autopsy results for David Baker found marijuana in his body but no other drugs.

Aurora police have repeatedly expressed condolences to the Baker family but insist its officers did nothing  wrong.

DENVER (KDVR) - There was no time to react late Friday afternoon when Megan Matthews looked into the sky and saw a 40mm foam projectile - also known as a sponge grenade - headed straight toward her face.

“It all went black immediately,” said the 22-year-old protester, who insists her actions that afternoon, before the sun went down, were peaceful.