DENVER -- The Denver Sheriff Department is missing an AR-15 rifle.

According to a police report obtained by the FOX31 Problem Solvers, a deputy responded to District 5 on November 14 "to report a lost or stolen AR rifle missing from 490 W. Colfax Ave." That is the address for the Denver Sheriff Department downtown. 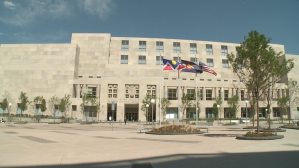 The Denver Sheriff Department released a statement to FOX31 that reads:

"Through our inventory audit process, we discovered one AR-15 unaccounted for. We take these matters very seriously. As a result, an administrative investigation was opened and a report was filed with the Denver Police Department. To maintain the integrity of the investigations, we cannot provide additional information at this time."

"I can`t believe they lost an AR-15, it`s shocking," said Anne McGihon, a former state lawmaker who now lobbies for the gun control group Colorado Ceasefire. McGihon said the Sheriff Department losing an AR-15 semi-automatic weapon is a big deal for obvious reasons, "You know what happens to lost and stolen guns, is they get used in criminal enterprise."

According to the Bureau of Alcohol, Tobacco, Firearms and Explosives, more than 4,000 guns lost or stolen in Colorado in the past five years were found to have been used in crimes in other states. 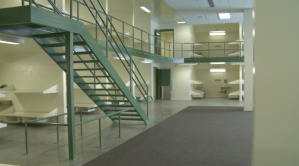 It's rare to see Denver Sheriff deputies carrying an AR-15 because their primary duty is to guard inmates at the city and county jail and to transport inmates back and forth to court.

But sources tell the Problem Solvers the Denver Sheriff Department has 15 to 20 AR-15 rifles. Most are assigned to the Emergency Response Unit where deputies are sometimes asked to assist the Denver Police Swat team on high profile incidents or for crowd control at protests. 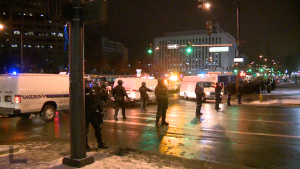 A Denver Sheriff spokeswoman confirms to FOX31 that in the history of the department its deputies have never actually fired an AR-15 on duty, except for target practice.

Seven states and the District of Columbia require individuals to report lost or stolen guns to police but Colorado is not among them. There is no law that mandates law enforcement notify the ATF if an agency loses a weapon.

DENVER (KDVR) — A Colorado police chaplain is now allowed to fly a "Thin Blue Line" flag in front of his house after his homeowners association said it was in the wrong for demanding he take it down.

The chaplain said his HOA sent him a letter admitting fault for wrongfully demanding the flag's removal.

Bike thefts on the rise in Denver

One metro area resident who reported his $4,000 bike stolen told the FOX31 Problem Solvers that the bike was in a locked compartment.

DENVER (KDVR) -- A woman who was forced to give birth in the Denver County Jail on Smith Road will split nearly $500,000 with her young son under the terms of two lawsuit settlements.

The FOX31 Problem Solvers originally broke the story of Diana Sanchez giving birth alone in a jail cell in August 2018.

9 people treated at scene, 1 hospitalized after multi-car accident in Aurora

Watch: Wildlife officer talks about elk with tire around its neck