ARVADA, Colo. — The city of Arvada is drawing criticism for selling nine acres of prime real estate for $30.

The city, through the Arvada Urban Renewal Authority, has essentially deeded what currently serves as an RTD Park-n-Ride to local development company Trammell Crow. 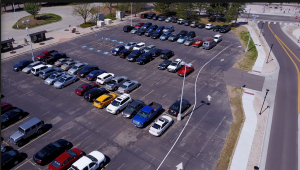 The nine acres sits near West 56th Place and Wadsworth Bypass next to Olde Town Arvada and a new light rail station where the G Line is scheduled to open later this year.

Trammell Crow plans to build a six-story apartment complex with parking on the bottom two floors. The rent will be market rate, but critics argue the developer didn’t pay market rate for the land.

“I know it sounds ridiculous and I really don’t consider it a sale, I call it an investment,” Arvada Mayor Marc Williams said.

He said the city wanted high-density housing near the light rail station. 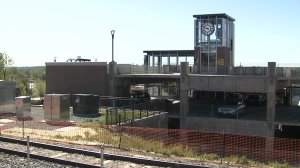 Williams insisted the property has serious constraints, including a hill that requires water-retention considerations to deal with stormwater runoff and a sewer line that runs under a strip of the parking lot that prevents any commercial structures from being built above the sewer line.

“As a citizen of Arvada, I’m upset.” Sandstrom said.

After plugging in a bunch of numbers into his calculator that account for the going commercial rate of property per square foot, Sandstrom insisted the nine acres was worth at least $5.8 million.

“Thirty dollars is just ridiculous,” said Dave Chandler, a government watchdog who ran for mayor of Arvada two years ago and lost.

Chandler said it’s taxpayers who lose when the city sells nine acres for $30.

“At the local level, we should let free enterprise and the free market work,” Chandler said. “I’ve been very concerned about a lot of the urban renewal projects, where they do a lot of these sweetheart land deals and a lot of the tax giveaways.”

The tax giveaway Chandler refers to is the fact the nine acres are part of a Tax Increment Finance District.

TIFs allow the developer to keep all the tax revenue generated by the project to help pay back some of the developer’s upfront costs.

“This is a big problem because you know when you get rebates on sales tax and property tax, this also hurts the schools, the fire district, the recreation district,” Chandler said.

When Williams was asked if taxpayers were subsidizing Trammell Crow, he responded, “Taxpayers are in partnership with the developer from my perspective to be able to bring a great project to our community.”

Bill Mosher., the senior planning director at Trammell Crow, said $30 is an appropriate amount for the land despite the nearly $6 million the assessor said it’s worth.

“I’ll pay $6 million if I don`t have to pay $13 million for the parking garage. If I’m across the street and I can have surface parking, I’ll pay that land cost because I don’t have to build a $13 million parking garage,” Mosher said.

He adds Trammell Crow will spend $70 million to build the apartment complex and surrounding commercial businesses to follow.

The TIF taxes are expected to generate $13.5 million, which means the developer’s total investment will be closer to $57 million.

“(The city of Arvada) wanted a dense development that supports their transit center. They stipulate in the plan what they want, six-story residential, etc., etc. We can’t do that without building a parking garage and that parking garage is very expensive because of the hill,” Mosher said.

He points out he’s developing what Arvada leaders want, not what he might choose to develop if the $30 land came with no city strings attached.

Chandler said this is why the government shouldn’t dictate how the land gets developed.

“Let’s let the free enterprise system work and let’s see for the benefit of the taxpayer what we can get for that property. Which I think is a lot more than $30. I’d pay $35 myself if that’s what it came to,” he said.

Chandler points out in November, the city asked taxpayers to increase Arvada’s sales tax to repair streets. The voters said no.

Chandler believes the city might have tax money to pay for road repairs if it didn’t give away tax revenue to developers.

Trammel Crow expects to break ground on the Olde Town Residences by the end of the summer.