DENVER — Two Denver deputies were fired in August 2017 after they say they were fired for following orders. Now they plan to sue the city for wrongful termination after recently losing their appeal with the Career Service Board.

Justin Tomsick and Timothy Applegate were both sergeants on Nov. 22, 2016 when they were asked to take a sick colleague home from the Denver jail and never guessed it would lead to their terminations.

“It’s super upsetting. I’m not going to lie. I was totally taken back when I was fired,” added Applegate. 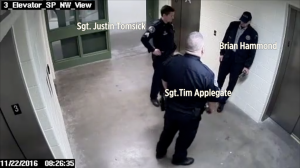 Neither man had ever met Security Specialist Brian Hammond before but on the day in question, both were asked to make sure Hammond was driven home.

They were asked by Hammond’s supervisor, Sgt. Robert Petrie, who informed Tomsick and Applegate that Hammond was a throat cancer survivor feeling lightheaded that day from the effects of chemotherapy and radiation. 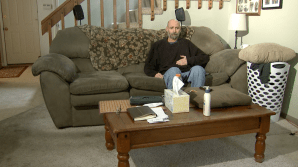 “It’s really affected my balance so I can’t walk a straight line,” said Hammond, who has since been allowed to medically retire from the Sheriff’s Department but told the FOX31 Problem Solvers he’ll never  understand why two co-workers were fired after helping him.

A hearing officer for Denver’s Department of Safety opened an investigation after Hammond sought substance abuse treatment admitting to the Sheriff’s Department he was an alcoholic, who had poured scotch in his coffee before coming to working on Nov. 22, 2016.

That launched an investigation that focused on surveillance video of Sergeants Tomsick, Applegate and Petrie seen talking about Hammond’s condition that day. 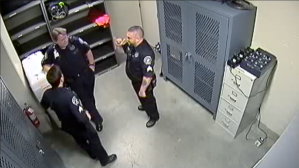 Sgt. Petrie would later tell a detective with Internal Affairs that Tomsick and Applegate wanted to meet with him privately because they smelled alcohol on Hammond’s breath when they walked him out of the jail.

Hammond had been taken to a waiting car so he could be driven home by another deputy.

The footage of the three men meeting inside the jail’s Emergency Response Unit Armory doesn’t record audio but it shows Sgt. Applegate making an arm motion of someone taking a drink.

Applegate and Tomsick both say their memory is that it was Sgt. Petrie who wanted to meet and who first brought up the issue of possible alcohol use.  Both Applegate and Tomsick tell the FOX31 Problem Solvers they never smelled alcohol, just that they smelled something sweet when they stood in the elevator with Hammond.

“Sweet like a jolly rancher type smell. It`s a jail you get all types of smells,” said Tomsick.

“Later on that day I smelled it again in the elevator. It’s a jail, there`s all sorts of smells in jail,” Applegate said.

When asked why he is seen making the arm motion of someone taking a drink, Applegate responded, “If the audio was released you would hear me say what alcohol, alcohol? And I go like that (makes arm motion) you’re talking about drinking alcohol cause we have alcohol in hand-sanitizer. It as an innocent comment.  I never thought it would’ve been used against me but it was.”

The Department of Public Safety’s hearing officer determined Applegate was lying and Tomsick was too, when each denied smelling alcohol and the hearing officer said both officers should’ve had Hammond drug tested.

Instead, Sergeants Tomsick, Applegate and Petrie agreed to call a captain in Internal Affairs about whether they should bring Hammond back to be drug tested.  The captain said no and to drop the issue since Hammond was already on his way home.

It turns out even before Tomsick and Applegate were called to assist Hammond, lots of people had interacted with Hammond and none remembered smelling alcohol.

Sheriff Patrick Firman popped his head into the unit where Hammond was assigned and after learning Hammond wasn’t feeling well, said according to transcripts obtained by FOX31, “Let’s just make sure we take care of him and get him home safely.” 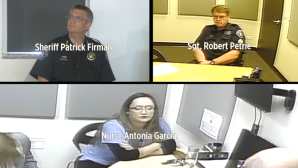 After that a nurse examined Hammond before he was allowed to leave.  When an internal affairs detective asked medical technician Antonia Garcia if she smelled alcohol on Hammond she replied, “I did not.”

When internal affairs asked Hammond’s supervisor Sgt.  Petrie if he remember smelling alcohol on Hammond, he responded, “I smelled nothing.”

Even deputy Jesus Granados, who drove Hammond home, said he never smelled alcohol during the 45 minute drive. “No I wasn’t aware of it,” said Granados during his internal affairs interview.

But because Tomsick and Applegate are both seen in surveillance video discussing the possibility of Hammond’s alcohol use, the hearing officer determined both men had “reasonable suspicion” and lied by not admitting it.

“It’s sad because apparently there are two of us that are required to have reasonable suspicion but everybody else is not held to that same standard,” said Tomsick.”

FOX31 investigator Rob Low asked Applegate, “When he was having trouble walking and seemed off balance did you think huh maybe this guy has been drinking?”

Applegate responded, “I never thought that, my mother in-law had cancer and she eventually died from the effects of chemo and her symptoms were the same.”

Denver’s Department of Safety refused to talk on camera with the FOX31 Problem Solvers to explain why a captain in internal affairs or Hammond’s direct supervisor Sgt. Petrie weren’t held to the same standards as Applegate and Tomsick, even though all four discussed whether Hammond should be brought back to be drug tested.

Instead a spokeswoman for the Department of Safety released the following statement:

“After a thorough review of the facts in the case of Sergeants Applegate and Tomsick by internal affairs, the Conduct Review Office and the Department of Public Safety, it was determined that both individuals lied repeatedly during the course of the investigation.

Given the level of public trust placed in the Denver Sheriff Department (DSD), we cannot allow staff with demonstrated integrity issues to remain a part of the department and both were terminated. The DSD Rules and Regulation clearly state that acts of dishonesty will result in termination.”

The Career Service Board’s Hearing Office conducted an independent investigation into this matter and upheld the decision to terminate these two employees for “their departures from the truth and knowing misrepresentation” of the facts during the investigation.

But the FOX31 Problem Solvers obtained a city email that shows both men were offered 10-day suspensions if they would simply admit wrongdoing.

Neither Tomsick or Applegate would take the deal. 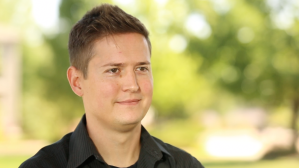 “I think they know it was a bogus case and I think they’re just trying to get me to agree to sign a deal cause once you sign a deal you can no longer talk about the case and everything is swept underneath the rug ,” said Tomsick. 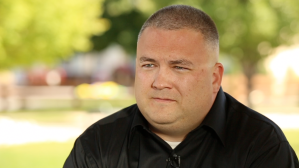 Applegate concurred telling FOX31, “You take deals if you guilty of something. I’m not going to take discipline on something if I didn’t do anything wrong that doesn’t make any sense. I have integrity, I have honesty, I did the right thing.”

Brian Hammond still maintains it wasn’t alcohol but his history of chemotherapy and radiation treatments that affected him on the day he went home early.

“Interesting that they waited until the whole command staff except for the Sheriff to retire…and they go after these two guys and fire them for giving me a ride home,” said Hammond who himself accepted a medical retirement soon after the incident.

Both Tomsick and Applegate insist it was because they didn’t have reasonable suspicion that they called internal affairs for guidance minutes after Hammond was taken home.

They said their decision to follow department orders ended up backfiring. 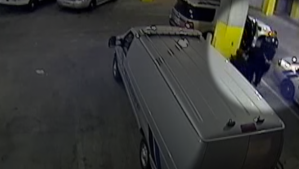 Applegate said immediately calling a captain in internal affairs seemed like the right thing to do.

The city’s termination letter admits neither Tomsick or Applegate had received training when it comes to a city policy separate from department policy known as “Executive Order 94,” which mandates drug testing if a supervisor has reasonable suspicion if an employee is impaired.

But the letter states it doesn’t matter, employees are required to know all policies.

Now that Tomsick and Applegate lost their appeal with Denver’s Career Service Board, both men say they plan to sue the city in Denver District Court.

Frigid temps affect everything from schools to airlines

How much should you save to retire in Colorado?

Below zero temps could cause real danger

Frigid temps affect everything from schools to airlines