DENVER — Republicans passed a key test Tuesday with a Senate Committee advancing the GOP tax plan. Whether it will pass a vote on the Senate floor by the end of the year is another question.

How this will impact everyday Americans is another question.

According to the CBO report, Americans making less than $30,000 a year would pay more in taxes, mainly because of rising health care costs. 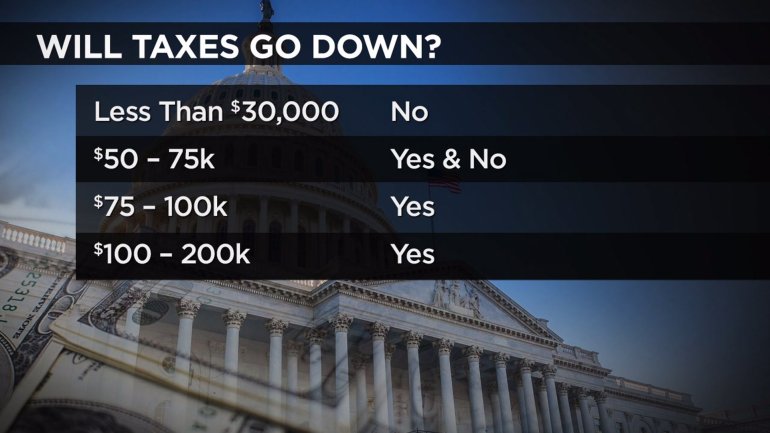 Marketwatch, a financial website, has created a tax calculator to determine possible impacts. Every taxpayer is different because of children, mortgages and charitable deductions.

DENVER (KDVR) -- A Denver Public Schools institution has requested increased security after someone lied to gain access to the campus and caused disruption Monday.

A letter was sent to parents of Centennial school students regarding a person who allegedly verbally abused parents and staff and carried a sign protesting the Black Lives Matter at School Week of Action. During dismissal, the person walked around with the sign and interacted with several parents.

WARSAW, Poland (AP) — Two more Poles have been identified as victims of phone hacking with the notoriously powerful spyware from Israel’s NSO Group: an agrarian political leader at odds with Poland's right-wing government and the co-author of a book about the head of Poland's secret services.

The newest discovery by Citizen Lab cybersleuths broadens the list of those allegedly targeted by state surveillance under Poland’s nationalist government with a tool marketed for use exclusively against criminals and terrorists.

DENVER (KDVR) — Are we finally ahead of the peak of the omicron spike in Colorado? Both the COVID-19 positivity rate and incidence rates are down over the last week in Colorado.

As of Monday, the state’s seven-day positivity rate was 24.54%, which is down from 27.47% last week. Positivity rate measures the amount of COVID positive tests to the total amount of tests taken.

Vandals cause thousands in damage to snowcat in Eagle County

Biden calls Fox News reporter 'stupid son of a b----'

Like U.S., Colorado has gotten more Republican in the last year