PALM BEACH, Fla. — Palm Beach County officials, facing the prospect of paying millions of dollars in overtime costs associated with protecting President Donald Trump during his frequent visits to the tony Florida enclave, want either the federal government or Trump himself to foot the bill.

Protecting Trump while he is at Mar-a-Lago, his private club in Palm Beach, primarily falls on the Secret Service.

But when the president visits Florida, the Palm Beach County Sheriff’s Office is asked to assist in a variety of public and private ways. With Trump making his fifth trip as president to what he calls the “Winter White House,” the costs are rising.

According to estimates by the sheriff’s department, it costs about $60,000 in overtime every day Trump spends in Florida.

Trump has spent, before this weekend, 14 days in Florida since taking office in January, meaning costs to the sheriff’s department will likely top $1 million during this weekend’s visit.

Though the number is minimal when considering how much it costs the Secret Service to protect Trump, it is a sizable — and unbudgeted — amount for the county.

Local officials, who are starting to grapple with the idea that they might foot the bill, say if the county has to pay for it, it will mean either tax hikes or cuts to services in the coming years.

“It means the local taxpayers will have to bear the added burden of being part of the security for the president of the United States,” said Paulette Burdick, the Democratic mayor of Palm Beach County. “It will either be cuts or increase in taxes.”

The White House did not immediately respond to a request for comment.

Dave Kerner, a Palm Beach County commissioner, says the proposed county budget for 2018 currently has a $40 million deficit, meaning the prospect of paying a few million dollars more to protect Trump could force political leaders into making hard choices on programs to offer.

“I know that my taxpayers shouldn’t have to bear the burden,” Kerner, a Democrat, said Friday.

One option being explored to pay for Trump’s protection is to force Mar-a-Lago to pay for the county’s services through its yearly tax bill. 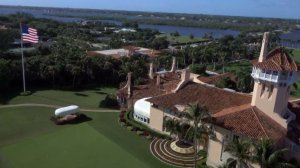 The plan, which has been proposed by Kerner, would assess a certain amount each year against the club, requiring it to pay for the protection.

While Kerner is skeptical that the plan would work (as are other commissioners) or that Mar-a-Lago would pay the assessment, he said the idea was worth exploring.

“Frankly, as long as it is not on my constituents, I don’t care who pays it,” Kerner said, adding that while he is “honored” to have the president visit, he needs to look out for his constituents first.

Trump has been told that there is a desire within Palm Beach County that the taxpayers not pick up the bill for his protection.

Sheriff Ric Bradshaw met with the president in February, where he discussed the need to get paid back for the cost of protecting him.

“I want to thank the president for taking time to listen to local law enforcement’s concerns and his commitment to an ongoing dialogue, which ensures the opportunity to address other issues, such as reimbursement for presidential visits,” Bradshaw said after the meeting.

But now, Trump, a former reality-TV star with a lavish lifestyle, is the one looking to get out of the White House every weekend.

Because of variations in each trip Trump takes, it is difficult to estimate the exact amount each Trump trip is costing the federal government.

But a 2016 Government Accountability Office report about a four-day trip Obama took to Florida in 2013 found the total cost to the Secret Service and Coast Guard was $3.6 million.

That figure was also conservative: It did not include classified Defense Department costs or the salaries of anyone involved in the trip, according to the Government Accountability Office.

The cost to protect Trump in Palm Beach is dramatically less than what it takes for around-the-clock protection in New York, where officials say it costs New York more than $1 million a day.

On Friday, DIA CEO Phil Washington provided an update on passenger traffic and the impacts the airport is facing as a result of being the fastest recovering large hub airport in the U.S.