Skip to content
Alert
Alert
Gov. Polis: Wear face coverings when going out of your home

EDGEWATER, Colo. — Police are searching for suspects that are associated with an attempted “smash and grab” that occurred at a Native Roots Marijuana Dispensary at 5610 W. 20th Ave. on Thursday.

Police say they are looking for two individuals who used a stolen 2004 Gray F350 Dually. The vehicle has severe damage and has a Colorado license plate. The plate number is UXO-089. 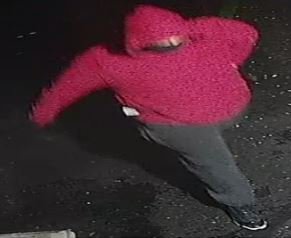 Police say the suspects may have been involved in other smash and grabs that occurred throughout Wednesday evening into Thursday morning.

The same license plate and two males were seen at two liquor store robberies that occurred in Aurora as well. Aurora police and Edgewater police are working together to see if the suspects are the same in both incidents.

Any person with information is asked to call the Edgewater Police Department’s Investigations Unit at 303-235-0500.

AURORA, Colo. (KDVR) -- Peyton Manning made his way to Children's Hospital Colorado on Thursday afternoon to donate blood during this time of need.

Children's Hospital Colorado is asking those who are able to donate blood or platelets to call 720-777-5398 to be screened over the phone and to schedule ana appointment to donate.

DENVER (KDVR) -- Following new guidelines from Gov. Jared Polis and the Centers for Disease Control and Prevention that everyone wear a non-medical, cloth face covering in public to help stop the spread of the coronavirus, people are looking for options at home.

Manufactured masks, such as N95 masks, are needed for healthcare workers and should not be worn by members of the public. They are already in short supply and are needed by people on the front lines of treating people with COVID-19.

DENVER (KDVR) -- Denver Public Schools leaders held a news conference following the announcement Friday that there would be no in-person teaching for the remainder of the school year.

PHOTOS: Bottomed out on toilet paper

Stretch of warm, dry weather ahead for Denver