DENVER -- A Denver police officer was injured Friday morning after being involved in a traffic accident while responding to an officer-involved shooting outside a Wal-Mart in Stapleton, the Denver Police Department said. The two-vehicle accident happened at Smith Road and Central Park Boulevard, just south of Interstate 70 and east of the Wal-Mart. 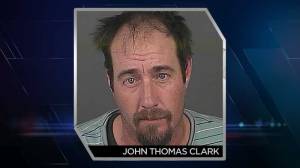 (CNN) -- The nation's rental car companies are in deep trouble. And that's another blow for the already struggling auto industry.

During normal times rental car companies account for 10% or more of US new car sales -- an estimated 1.7 million to 1.9 million cars purchases last year. But these are not normal times. Far from it.

SUMMIT COUNTY, Colo. (KDVR) -- Arapahoe Basin will reopen for skiing and snowboarding on Wednesday, May 27, according to Chief Operating Officer Alan Henceroth.

Henceroth outlines how things will be different on the slopes. No tailgating is allowed, which is a big part of the A-Basin experience. A list of restrictions and guidelines are on their website.

(CNN) -- Eddie Sutton, the first college basketball coach to lead four different schools to the NCAA tournament, died on Saturday, his family said in a statement. He was 84.

Sutton's family said he passed away at home in Tulsa, Oklahoma, due to natural causes, surrounded by his sons and their families. His wife of 54 years, Patsy, died in 2013.

Showers and storms move in Sunday with cooler temperatures

List: Counties that received approval from CDPHE for variance requests

A woman claimed her 9-year-old son was abducted. Now she’s charged with his murder

‘It took us by surprise’: Portland company jigsaw puzzle sales increase due to pandemic