DENVER -- The House Committee of Veterans’ Affairs has held a number of congressional hearings about why construction costs on Denver's VA hospital are more than $1 billion over budget.

The committee believes contractors and VA employees, called in front of them to testify under oath about the mess, have not been telling the truth.

In September, 21 members of Congress asked for a perjury probe, which, according to a letter from the Justice Department dated Dec. 9, is now underway.

In it, the Justice department says in part, “The information provided in the letter from the Committee on Veterans’ Affairs has been reviewed by the Federal Bureau of Investigation`s (FBI) public corruption unit ... where it (is) under review to determine if any action is deemed necessary.” 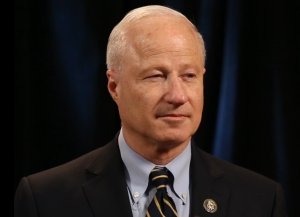 “Cost overruns at the VA hospital that are nearly three times the original estimated cost is an outrage, but what’s most troubling is the misleading information the VA has provided Congress concerning this construction project," Coffman said.

"News that the Justice Department is looking into this case is welcomed, and I hope results come of it. Holding those testifying before Congress accountable is crucial for our oversight function. I look forward to continuing to look into this matter, not only for our Veterans that rightly deserve the healthcare this facility will provide, but also to the American taxpayer who expects government to spend their tax dollars wisely.”

The final price tag for the hospital won't be known until it's estimated completion date in January 2018. The costs have ballooned to at least three times the original estimate from 2014.

AURORA, Co. (KDVR) -- For Caroline Glover the inspiration hit her in March, after reading about a restaurant in Amsterdam that purchased greenhouses to sit customers outside the building.

"We searched all types of greenhouses online and found a company that could get them to us quick enough," said Glover.

In honor of International Gin & Tonic Day, Gray Whale Gin which is founded by a husband and wife team Marsh and Jan Mokhtari shows us how they make a Whale & Tonic.

NASHVILLE, Tenn. (NEXSTAR) -- President Donald Trump is openly contemplating the prospect of losing, while Democratic challenger Joe Biden is warning his supporters against overconfidence as the 2020 presidential election speeds into its closing days.

With millions of votes already cast, Biden’s lead in the polls appears strong. The campaigns appear to be moving in opposite directions on paper, but it’s a very different feeling on the campaign trail. Trump is drawing huge crowds reminiscent of 2016′s final days. Biden is sticking to his cautious approach with tiny events focused more on social distancing than energizing supporters.

As globe hits 40 million COVID-19 cases, here are the US states seeing the highest increases

‘Clouds’, by teen who died of cancer seven years ago, hits No. 1 on iTunes

‘Cases are higher than they’ve ever been’; Mayor Hancock issues new mask orders, gatherings of 5 or less

Photo Gallery: Wildfires burn thousands of acres across Colorado over the weekend

Warning: Poor air quality with a high of 73 Monday; much colder next weekend