BRIGHTON, Colo. -- Two years after Mark Stubbert confessed that he deceived his then-co-worker out of $300,000 he has plead guilty to one count of theft in Adams County. 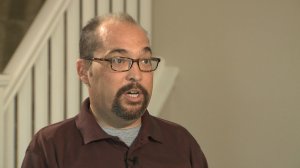 The 46-year old admits he swindled the money from 71-year-old Joann Murphy from 2012 to 2016 under the guise he would grow her retirement saving through various investments.

"I absolutely owe Joann the money. I will absolutely do everything in my power to make sure she gets paid," Stubbert said in September 2016. 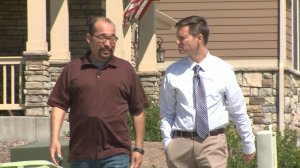 At that time, Stubbert had recently been fired by Barton Steel in Aurora after the company said it caught him embezzling money by overinflating his sales commissions by $68,000 over 18 months.

Barton Steel chose not to file criminal charges against Stubbert but did support Murphy's decision to go after Stubbert in criminal and civil court. 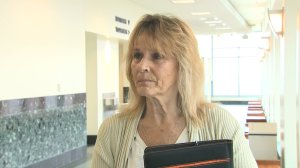 He told her, "I could be a grandma, I could hop on a plane and I'd be able to go and give them the love and let them know who grandma is."

At his plea hearing Friday at the Adams County Courthouse, Stubbert was far less forthcoming than in 2016.

When asked if Murphy would ever get her money back, he was silent, only saying, "I've issued an apology to her many times." 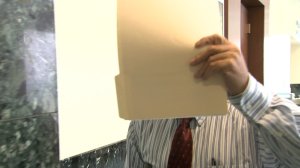 Murphy said Stubbert has not apologized and only recently wrote her a check for $7,400 but doesn't expect to get another dime.

"One day I forgive him, the next day I don't," Murphy said. "I have to forgive him, which I will, but I'll never forget."

That's unlikely, but prosecutors are going to seek restitution for the $290,000 Murphy is  still owed.

BIRMINGHAM, Ala. (WIAT) -- UPDATE (7/3): The Hoover Police Department has released new information in the shooting at the Riverchase Galleria Friday afternoon.

Hoover PD says that an 8-year-old boy had died after being shot. The boy was later identified as Royta Giles Jr. by the child's family.

AURORA, Colo. (KDVR) -- Less than an hour after three Aurora police officers were fired for their involvement in a photo showing a controversial choke hold, FOX31 spoke to Elijah McClain’s Mother.

Sheneen McClain said the firings were “a little too late, but it’s about time.”

The nearly 20-minute fireworks show followed an event that included a speech by President Donald Trump.

How to Keep Your Garden Thriving

4th of July Guide: Where to watch Colorado’s fireworks, what shows are canceled

Body, believed to be that of a child, recovered from Eagle River