As Denver grows, so too does its airport. Experts say the Denver market is hot and airlines are taking notice.

A dozen new nonstop destinations have been announced for DIA in 2017. Six of the new destinations are international and six are domestic.

Starting in April 2018, nonstop service to Paris will be an option. Norwegian Air is already pushing ultra-low fares -- getting travelers to France for roughly $230.

DIA's chief commercial officer, Patrick Heck, is the man in charge of bringing new airlines and destination options to Denver. He said, when it comes to courting, it's all about the money.

"We as an airport spent the last few years really trying to drive down our costs as much as we can and the airlines are seeing that," Heck said.

Bringing the airlines' cost of leasing and landing fees down -- combined with a growing market -- makes DIA very attractive for airline expansion, according to Heck.

There are 24 current and future international destinations originating in the Mile High City. As airport officials plan to add more gates, negotiations for even more destinations are in the works.

All the growth means DIA has the fourth largest domestic network in the country -- just behind Atlanta, Chicago O'Hare and Dallas-Fort Worth, according to airport officials. For a complete list of new DIA destinations and airlines, click here. 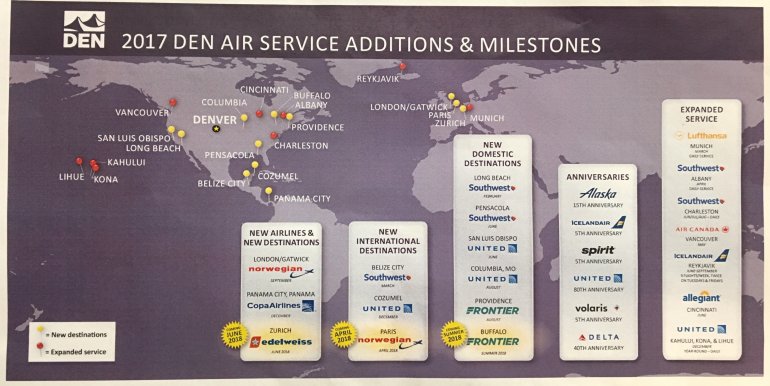 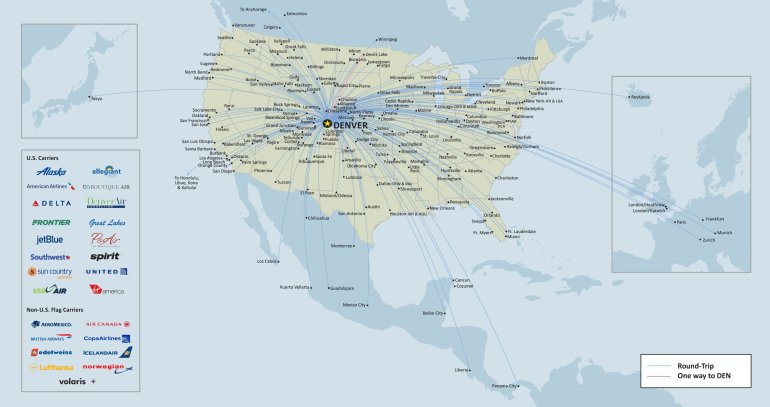 DENVER (KDVR) -- The number of positive COVID-19 cases in Colorado increased by 666 according to the Colorado Department of Public Health and Environment (CDPHE) on Friday.

Thursday, there were 35,525 reported cases. Friday registered 36,191 according to the CDPHE. A 'backlog' of tests were partially responsible for the significant increase, the CDPHE reported.

LITTLETON, Colo. (BusinessDen) -- Toast, a popular Littleton brunch spot, has flipped its last pancake after 14 years in its original location.

The restaurant moved less than a mile from its spot at 2700 W. Bowles Ave. It opened June 29 in a bigger space that comes with a patio and more parking at 2630 W. Belleview Ave. in Littleton’s Riverside Downs shopping center.

CPW says it is searching for a sow and her two cubs. The agency said the bears charged the woman, knocked her down and clawed her back.