MANSFIELD, Texas — A teenager was fired from her job at a pizza parlor the day before she was supposed to start after posting on Twitter.

On Friday, Twitter user “Cella” was fired after sending a message from her account complaining about starting a new job at Jet’s Pizza in Mansfield, Texas, the Daily Mail reports. 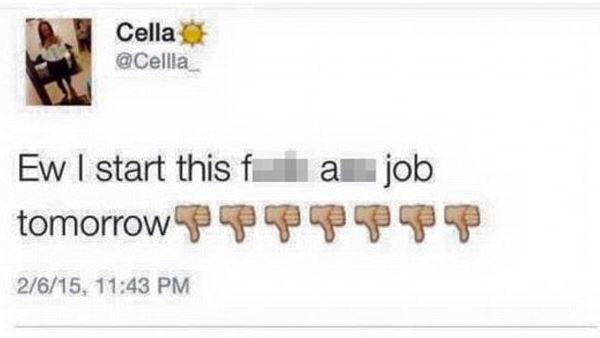 But the owner of the pizza parlor, Robert Waple, saw the tweet and swiftly replied.

Waple said: “And….no you don’t start that FA job today! I just fired you! Good luck with your no money, no job life!”

Waple told the Daily Mail that an employee at Jet’s alerted him of the offensive tweet and he looked for himself.

The exchange became an online hit.

One Twitter user told Waple: “Just thought you should know I was stoned out of my mind every time I went into work, and your pizza sucks.”

Waple replied: “Being high would only partly explain how you could deliver a pizza to the wrong house…multiple times. You have no hockey skills.”

The founder of The Institute for Greatly Endangered and Rare Species (T.I.G.E.R.) appears in the hit Netflix docuseries and has not been happy about his portrayal.