NEW YORK — A group of ocean researchers might have made one of the most important discoveries so far — a nursery for great white sharks.

Ocearch found, and tagged and released nine young sharks in an area near Long Island in the past few days.

The birthing site is “the holy grail of the research,” founding chairman and expedition leader Chris Fischer told CBS, which reported the discovery.

“If you’re trying to help the white shark recovery, you’ve gotta figure out where the babies are and help them succeed,” Fischer said.

“If the white sharks are being born here, that means it’s critical habitat,” Fischer said.

Ocearch conducts expeditions to tag “keystone marine species” such as great white sharks and tracks them in real time.

The nine new sharks were tagged during Expedition New York.

The movements of seven of the young sharks — Paumanok, Hudson, Gotham, Teddy, Gratitude, Hampton and Montauk — can be followed on Twitter. 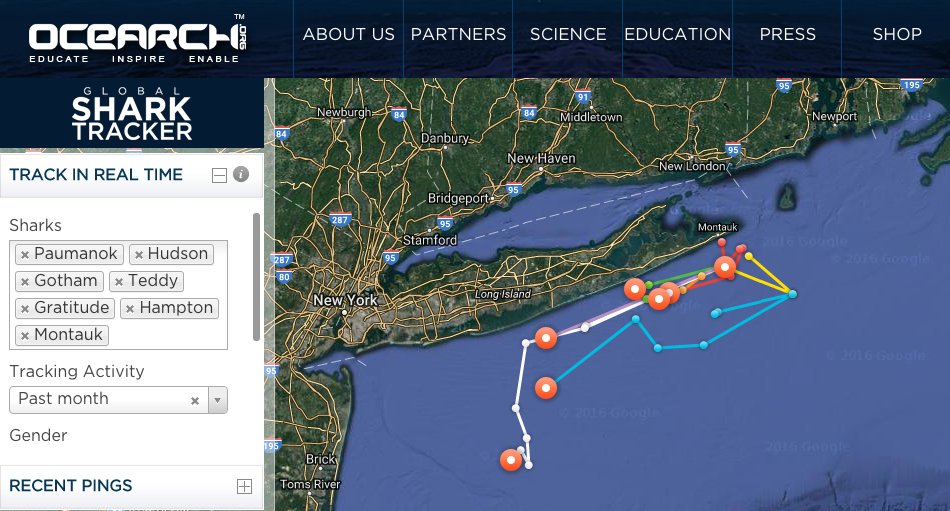 Fischer said a shark named Mary Lee led them to the nursery. Mary Lee was first tagged in 2012 and has traveled more than 34,000 miles since then. She’s 16 feet long and weighs 3,456 pounds.

The shark pups are referred to as “YOY” on Twitter, which stands for “Young of the Year.”

And while they’re still young, they’re not exactly tiny. Most of the newly tagged sharks are about 5 feet long.

Ocearch plans to to DNA testing on the young sharks to see if they are related to any of the other sharks they have tagged.

Keep an eye out on Twitter for future results of DNA testing! #ExpeditionNY https://t.co/FVxZOAX2uz

1 tuber rescued, another hospitalized after flipping …