WASHINGTON — House Speaker Nancy Pelosi has asked President Donald Trump to postpone his State of the Union address to the nation — set for Jan. 29 — until the government reopens.

The White House hasn’t immediately responded to a request for comment about Pelosi’s request, which she made in a letter to the president.

Pelosi said the partial shutdown is raising concerns about security preparations for the speech.

The California Democrat notes the Secret Service and Department of Homeland Security have been without funding for almost four weeks.

The annual speech is perhaps the president’s biggest opportunity to present his agenda directly to the public.

Pelosi writes that “given the security concerns and unless government reopens this week, I suggest that we work together to determine another suitable date after the government has re-opened.”

She’s also raising the possibility that Trump deliver the message in writing, as presidents once did. 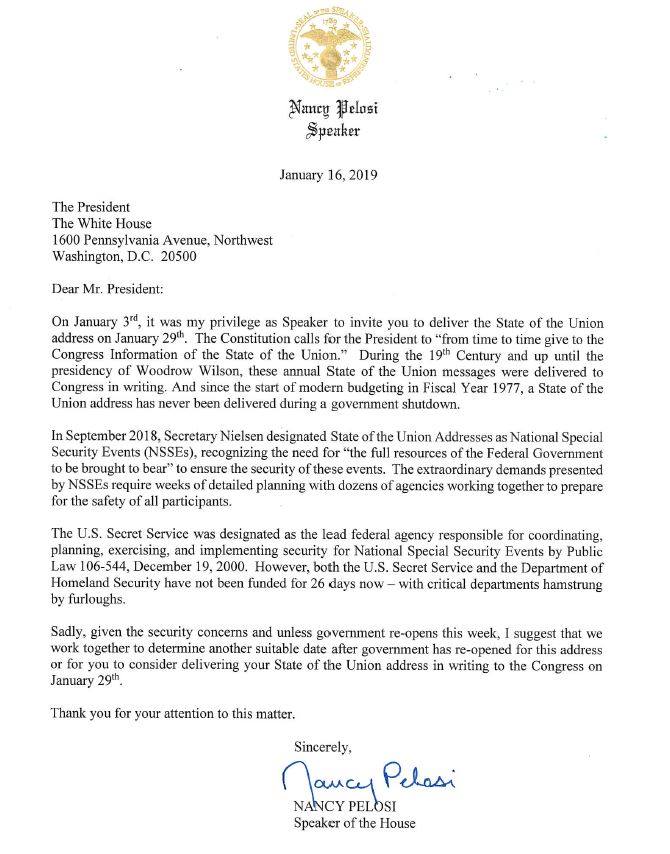 News 2 will carry the memorial service live on-air and online at WKRN.com.

Goya was founded in Manhattan in 1936 by Don Prudencio Unanue and his wife Carolina, immigrants from Spain. The company calls itself the largest Hispanic-owned food company in the United States.

Denver resumes geese-culling efforts at city parks, program could end ahead of schedule