The morning crash near Bryce Canyon National Park also left a number of people seriously injured, according to the Utah Highway Patrol.

It happened near a highway rest stop about 7 miles from the park entrance. The road has been closed.

Further details were not immediately available, including the cause of the crash and the number of people involved, Cpl. Chris Bishop said.

Bryce Canyon is known for its distinctive landscape of narrow red-rock spires and is located about 300 miles south of Salt Lake City. 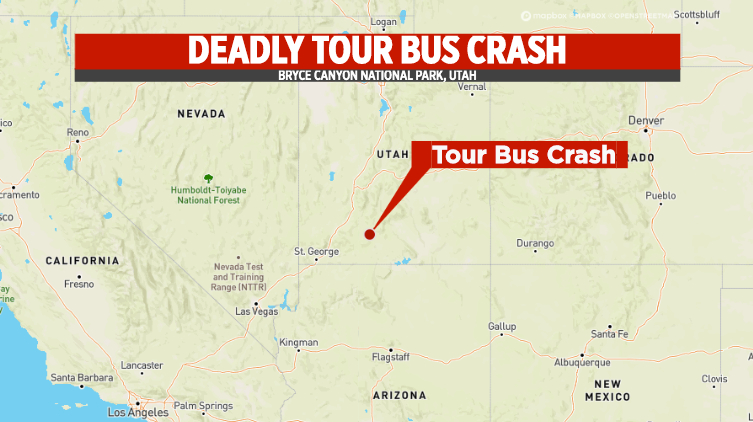 TACOMA, Wash. (KCPQ) - A Washington state woman accused of plotting to steal a newborn baby with her teenage daughter has been officially charged.

Prosecutors say 38-year-old Juliette Parker schemed for months, posed as a photographer and even drugged a woman as part of the elaborate conspiracy, according to KCPQ.  Her 16-year-old daughter was also involved, officials say.

Blagojevich back in Chicago after prison sentence commuted, maintains innocence

CHICAGO (KDVR/WGN) -- Former-Illinois governor Rod Blagojevich is waking up in his Chicago home for the first time in eight years.

GAINESVILLE, Fla. — Gainesville police are investigating jars of preserved human remains found in the crawlspace of a house previously owned by a University of Florida professor.

The remains were discovered during an inspection of the house’s foundation, according to WCJB.