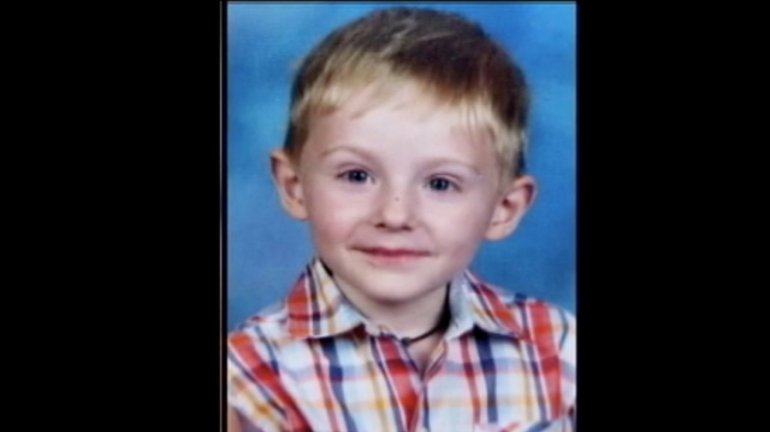 GASTONIA, N.C. — Authorities are searching for a 6-year-old North Carolina boy with autism, who is described as nonverbal and has been missing since Saturday.

Maddox Scott Ritch was last seen at a park in Gastonia, North Carolina, according to city police. Gastonia is about 23 miles east of Charlotte.

Maddox was last seen with his father and another adult at the park about 1:30 p.m. Saturday, according to WSOC-TV.

“They were walking around the lake,” Gastonia spokeswoman Rachel Bagley told WSOC. “They got around to the back side of the lake. He started running, according to the parents, and when they started running after him, they lost sight of him, and no one has seen him ever since.”

Since Maddox’s disappearance, about 100 to 125 people have searched the more than 1,400 acres in and around Rankin Lake Park, police said.

The Charlotte-Mecklenburg Police Department’s helicopter joined the search Sunday evening. All activities at the park are canceled and it will remain closed to the public until further notice, police said.

More than 24 agencies have joined the search, including the FBI, which says it is looking at every possibility, including abduction, according to WBTV.

The National Center for Missing and Exploited Children is also assisting in the search, WBTV said.

“We know a lot of people were in the park and we have spoken to many of them, but we have not spoken to everyone,” Gastonia Police Chief Robert Helton said.

“No piece of information is too small. Something you may think is insignificant could be helpful to our case.”

He also expressed concern that so far he’s seen “no detailed plan” from the Trump administration on how to distribute an approved coronavirus vaccine, but said he and his team are working on their own proposal to fill in the gaps.

Fugitive is killed, 2 US marshals shot in Bronx gunfight

NEW YORK (AP) — A fugitive who shot a Massachusetts state trooper in the hand during a traffic stop two weeks ago was killed early Friday during a gunfight with U.S. marshals in New York City that left two of the officers wounded.

The two deputy marshals injured in the 5:30 a.m. confrontation at a Bronx apartment were treated at a hospital and were expected to recover. One was hit in the leg and another was struck in his arm and leg, according to federal officials.

SIOUX FALLS, S.D. (AP) — Americans couldn’t resist the urge to gather for Thanksgiving, driving only slightly less than a year ago and largely ignoring the pleas of public health experts, who begged them to forgo holiday travel to help contain the coronavirus pandemic, data from roadways and airports shows.

The nation’s unwillingness to tamp down on travel offered a warning in advance of Christmas and New Year’s as virus deaths and hospitalizations hit new highs a week after Thanksgiving. U.S. deaths from the outbreak eclipsed 3,100 on Thursday, obliterating the single-day record set last spring.

Some Denver officers participating in COVID-19 vaccine study through UCHealth

2019 was deadliest year in a decade for domestic deaths

What are the chances of having a white Christmas in Colorado?

Where to see drive-through holiday light displays in Colorado

Caught on camera: Man tries to light ballots on fire

Where to see drive-through holiday light displays in Colorado

Some Denver officers participating in COVID-19 vaccine study through UCHealth