SACRAMENTO, Calif. — A fresh effort is underway to split California into multiple states, one including its coastal cities and the other its rural and inland areas.

“New California” is just the latest proposal to divvy up the nation’s most populous state. 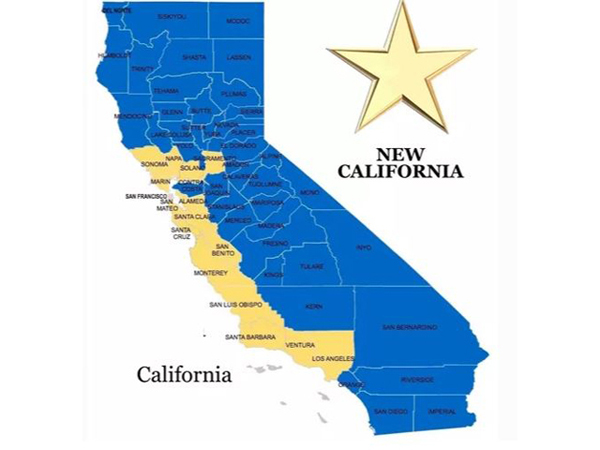 But like efforts before it, it’s highly unlikely to gain significant traction.

KOVR-TV reports founders Robert Preston and Tom Reed read their own Declaration of Independence on Monday at a small ceremony in Marysville, California.

They say California is “ungovernable” because of its high taxes.

The founders are proposing working with the state Legislature and the U.S. Congress to make their vision of two Californias a reality.

Past proposals include an effort to create six states and one to combine parts of California and Oregon to make the state of Jefferson.

ALBANY, N.Y. (NewsNation Now) — New York Gov. Andrew Cuomo apologized Wednesday in his first news conference following sexual harassment allegations that have led some members of his own party to call for his resignation.

Cuomo said he wanted New Yorkers to hear from him directly, despite guidance from attorneys to withhold comment until an independent review is complete.

New York is ready for a new governor in 2022, NewsNation poll finds

NEW YORK (NewsNation Now) — A majority of New York voters polled in the latest survey from Emerson College and NewsNation say Gov. Andrew Cuomo should not be elected for a fourth term in 2022.

With a job approval rating of 38%, the Democratic governor is under fire after three women came forward with allegations of sexual harassment involving Cuomo. Even among Democrats, those polled are split on reelection, with 52% saying he should serve another term and 48% saying it is time for someone new.

Fauci answers: Can you have a dinner party if you’re vaccinated?

(NEXSTAR) - It's been nearly a year devoid of large social gatherings, but there is a glimmer of hope for the vaccinated among us.

Dr. Anthony Fauci, the nation's top infectious disease expert, said in a press conference Monday that if you — and all your guests — are vaccinated, a dinner gathering should be relatively safe.