WASHINGTON, D.C.– The House passed a bill Thursday that would raise the federal minimum wage for the first time in a decade — but there’s little chance the measure will be taken up in the Republican-controlled Senate.

The bill was a priority for progressives and gives a victory to a movement that’s taken nearly seven years to get this far. But in its current form, the bill has no major support from the Republican side.

The Raise the Wage Act would bring the federal minimum wage up gradually from $7.25 to $15 by 2025. After that year, the rate will be indexed to the median hourly wage of all workers.

House Democrats started the process of passing a bill in March, but struggled to get support from more moderate members. In recent weeks, party leaders made some key concessions to get enough lawmakers on board. They increased the phase-in time from five to six years, and added a requirement for the government to study the economic impact of the bill after it’s in effect, giving Congress the ability to make adjustments in the future.

When fast food workers began widely protesting in 2012 for higher pay, a $15 minimum wage appeared overly ambitious. But since then, some cities and states have raised their local minimum wages to $15 an hour on their own — including Seattle, San Francisco, New York City and then all of California and New York State. Companies like McDonald’s and Walmart stopped lobbying against raising the federal minimum wage, and Amazon adopted a $15 minimum last year.

About 1.7 million people, or about 2.1% of all hourly paid workers, earned at or below the federal minimum wage last year, according to the Bureau of Labor Statistics.

Republicans have by a wide majority not voiced support for the bill, concerned that raising the wage to $15 would result in too many jobs lost. White House economic adviser Larry Kudlow said in November he doesn’t think minimum wages are a good idea at all, raising doubts that President Donald Trump would sign it.

A Congressional Budget Office study published last week projected that the legislation would raise the wages of 27 million people and lead to 1.3 million fewer jobs, or 0.8% of total employment.

The US Chamber of Commerce has said it’s willing to meet in the middle on some higher minimum wage, but that $15 is out of the question.

Following is the schedule of annual increases to the federal minimum wage that would take place under the bill, followed by a chart from the Economic Policy Institute showing the affect that it would have on DeGette’s District: 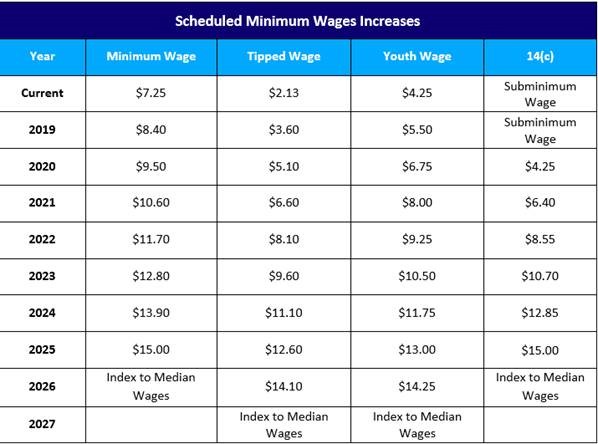 Following is data from the Economic Policy Institute (available here) on how the bill would affect workers in Colorado’s 1st Congressional district: 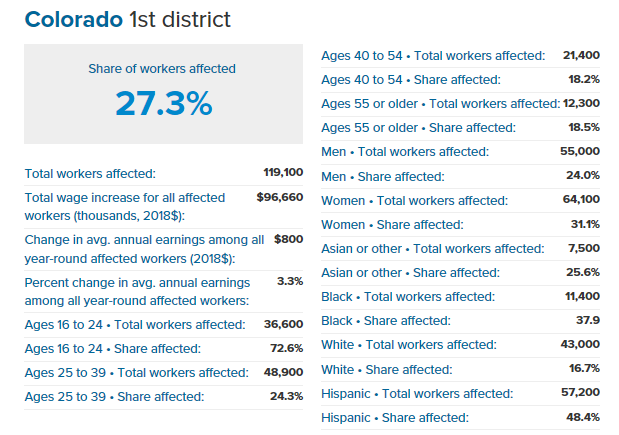 Ghislaine Maxwell, a British socialite who was accused by many women of helping procure underage sex partners for Jeffrey Epstein, was arrested in New Hampshire, the FBI said Thursday.

Maxwell, who lived for years with Epstein, was taken into custody around 8:30 a.m., said FBI spokesman Marty Feely.

MOORESVILLE, N.C. (WNCN) -- NASCAR driver Corey Lajoie will have "Trump 2020" emblazoned over his car for nine races courtesy of a partnership between his racing team and a political action committee supporting President Donald Trump.

DELLWOOD, MO. (KTVI) - Officer Lekamp and Corporal Jost of the North County Police Cooperative responded to a call on Monday that, quite frankly, put them in a tight spot.

Michael and Sharon McClintock's dog Miss Daisy Mae fell into the sewer in front of their home and was stuck down there for hours. The couple was having their floors redone and left the door open so the workers could enter and exit freely. Miss Daisy Mae, who is 15 years old, blind, and deaf, moseyed out the front door, walked down to the street, and fell right in.

Berthoud fire investigator to be honored with line of duty funeral