PINE BUSH, N.Y. — A high school in New York is apologizing after an effort to celebrate national Foreign Language Week turned into a controversy that has divided the school.

The regularly scheduled announcements at Pine Bush High School included the Arabic reading of the Pledge of Allegiance. The Times Herald-Record reported there were catcalls and denunciations in classrooms by students who felt the reading was inappropriate.

Superintendent Joan Carbone said the reading was “something that was supposed to be good but turned out not to be.”

Principal Aaron Hopmayer apologized to students who took offense during a building-wide announcement. 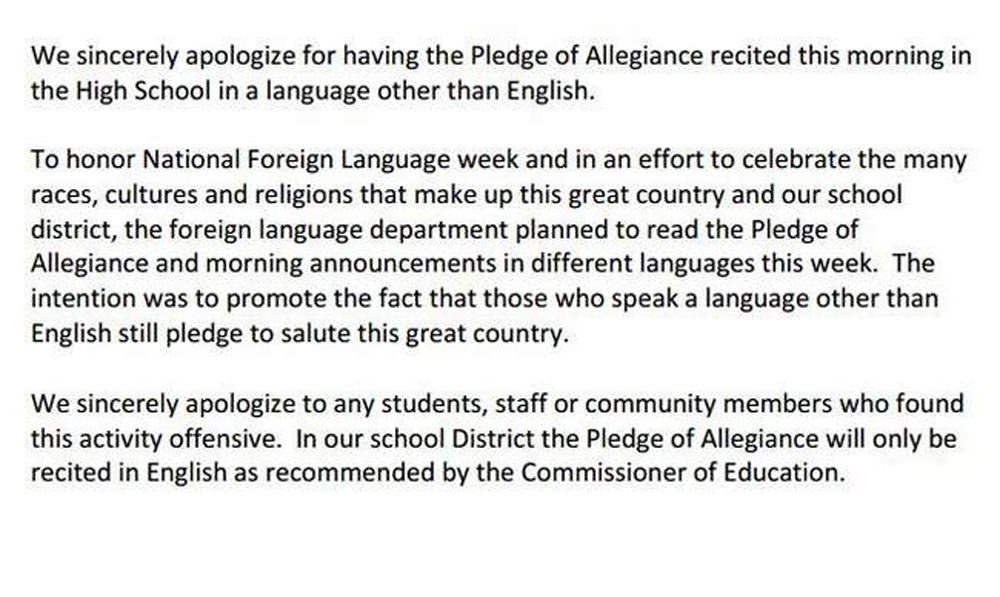 Carbone said there were complaints from residents who lost family members in Afghanistan and from Jewish parents.

“People who don’t like PB should take a vacation. I hear the Middle East is nice this time a year?” one posted.

Another wrote: “The pledge should always be said in English. They could’ve just said ‘Good Morning’ in a different language each day.”

Mountain snow will continue overnight Monday and into the first half of Tuesday before clearing out. Totals are expected to range from 1-7 inches with the highest totals in the San Juan area.

DENVER (KDVR) -- Colorado is in the first days of a post-Thanksgiving uptick in COVID cases, though the increase is less the than U.S. as a whole or Colorado's previous Thanksgiving bump.

The United States' daily cases have been rising since Nov. 29, passing 100,000 new daily cases for the first time since early October.

U.S. Air Force Major Nichole Ayers, 32, graduated from the Air Force Academy in Colorado Springs in 2011. She has a bachelor’s degree in mathematics with a minor in Russian. She also has a master’s degree in computational and applied mathematics from Rice University.

“Give Where You Live” on Colorado Gives Day

Bitcoin trial: Defendant wins dispute over $50B in Bitcoin