AKRON, Ohio — Three children are in the custody of Summit County Childrens Services after one of them overdosed on an opiate, FOX8
reported.

A 1-year-old boy is recovering at the hospital after the ordeal. The baby is in stable condition.

Police responded after two 911 calls made from a home on Gale Street at about 6:30 p.m. The first was made by the children’s mother, who hung up before providing an address.

Then, the baby’s 9-year-old brother called and was able to tell police where they lived. He stayed on the phone with the dispatcher and even tried to get his mother a few times to ask her about CPR.

When paramedics arrived, they were able to revive the baby with Narcan.

Lt. Rick Edwards, with the Akron Police Department, praised the young boy for his quick actions, “He’s a hero. He did everything he can do and anything we’d expect. But at this age it’s heartbreaking to put the 9-year-old in that position where you have to call police and paramedics for 1-year-old.”

The child told police his baby brother had been playing with a baggy with residue in it. Police are now testing it to see what opioid it was.

The children’s mother, Destaine Carter, was able to disappear during the incident, but was later brought to the hospital to see the baby. 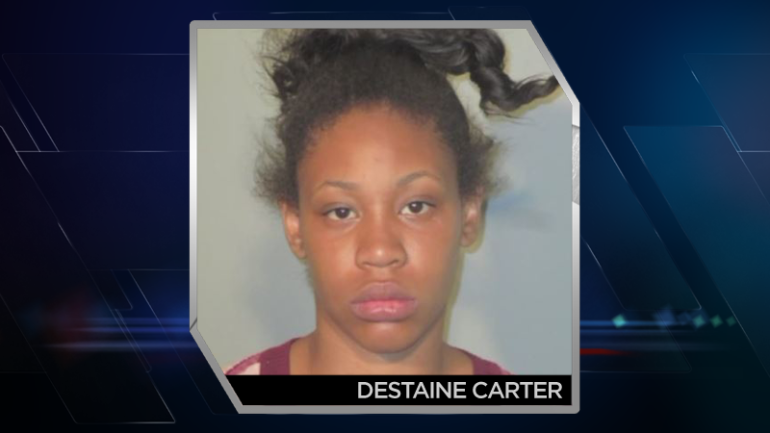 Authorities have arrested Carter on unrelated charges out of Portage County, where she is wanted on a felony warrant for theft.

The 9-year-old, a 5-year-old who was also at the home at the time and the 1-year-old are now in the custody of Summit County Children’s Services.

The baby is still in the hospital, while the other two children are with family members. They are all considered safe.

WASHINGTON (NEXSTAR) -- President Biden met with a bipartisan group of lawmakers, to discuss the best approach to strengthening the nation's supply chains and secure jobs for communities around the country.

"Last year has shown the vulnerability we have with some of the supply chains," Biden said.

(NEXSTAR) - A Gallup poll released Wednesday found that adults from Generation Z are far likelier to identify as lesbian, gay, bisexual or trans (LGBT) than older Americans are.

An estimated 5.6 percent of U.S. adults identify as LGBT, according to the poll, a 4.5 percent increase from Gallup's last update, based off data from 2017.

(NEXSTAR) - The iconic U.S. Postal Service trucks are getting a makeover.

The Postal Service announced Tuesday that it would be unveiling a completely redesigned fleet of vehicles — for the first time in about thirty years.