DENVER — Average apartment rents in Denver decreased in September for the second consecutive month, according to Axiometrics.

“The double-digit rent growth Denver saw last summer was unsustainable,” Axiometrics vice president of research Stephanie McCleskey said in a news release. “While we forecast 2017 to be a much slower year in the market, we believe performance will pick up early in 2018 and Denver will regain its position among the top markets in the country.” 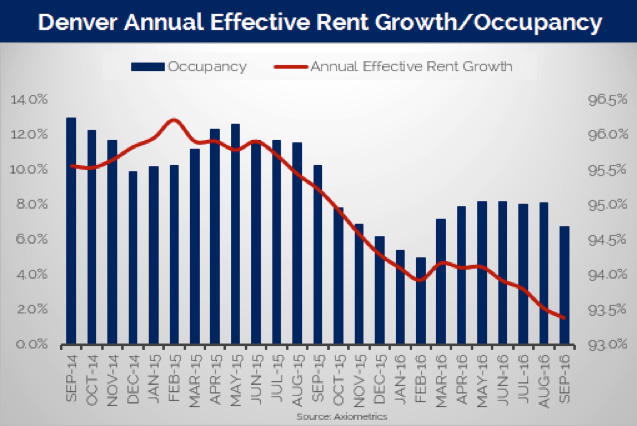 The metro area’s 1.5 percent annual effective rent growth in September was the lowest since 1.1 percent in March 2010.

Colorado set a new milestone in January, with over $10 billion in total marijuana sales since January 2014. As of February, Coloradans and tourists have purchased $10.3 billion of retail and medical marijuana.

That means your county will now decide how you eat at your favorite restaurant.

Strategic Wealth Designers: How the pandemic may have changed retirement plans

It’s no secret that the past year has thrown a monkey wrench into most people’s plans. For some, this may mean having to postpone your retirement due to a lost job or other set back. Fiduciary retirement advisor Thomas Reilly of Strategic Wealth Designers joined us on the newscast to discuss how the pandemic impacted retirement plans. Some people will now have to work an additional 2-3 years.