GREELEY, Colo. – Nearly 33 years to the day, a Greeley woman walking home from a late-night shift was forced into an alley by two men, repeatedly sexually assaulted and abandoned in the downtown area. 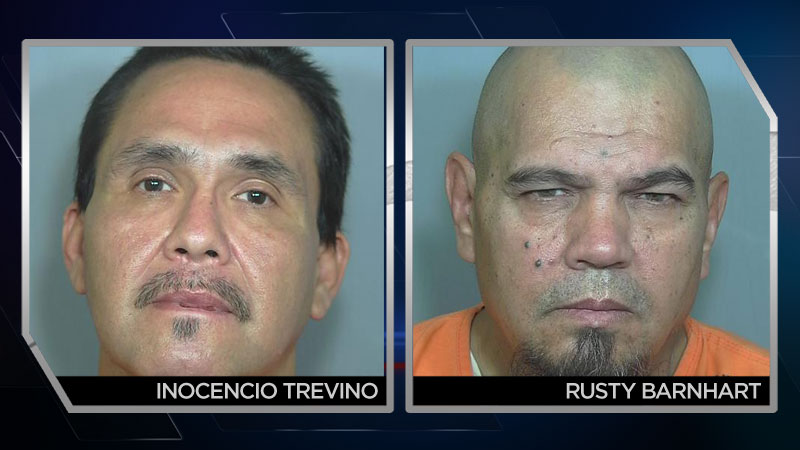 The brutal attack happened on July 31, 1984, and for more than three decades, the suspects got away with it.

But thanks to ever-evolving forensic technology, one of those men is now held responsible.

Rusty Barnhart, 57, was sentenced to the maximum of 24 years.

He was convicted in May of second-degree kidnapping, the only possible charge due to the statute of limitation on sex assaults.

“Thirty-three years ago, he changed the victim’s life forever,” said Deputy District Attorney Tammy Love at today’s sentencing. “While she was imprisoned in the trauma that he inflicted on her, the defendant was completely free. He got away with it for almost 33 years, but he’s not getting away with it today.”

According to police, the victim was walking home from work late that night in 1984 when two men pulled her into an alley and sexually assaulted her.

The case went cold for three decades until 2014 when a new state law required law enforcement to test all unsolved rape kits.

Two DNA hits came back belonging to Barnhart and his co-defendant Inocencio Trevino, whose case is scheduled for trial in August.

“He chose to rape me that night, and 33 years later he chose to take me to trial,” the victim said about Barnhart at today’s sentencing. “My entire personality changed over the years. I became detached from my life. I couldn’t be the mother I had been before…I even became suicidal. He did that to me.”

Talking about the heinous nature of the crime, Weld District Court Judge Thomas Quammen said the maximum sentence is necessary. “Unfortunately, there are men in our culture who don’t understand that woman are not here to be their toys,” he said. “You’re going to deserve to serve every day of that sentence because when you’re done the victim’s sentence is not over yet.”

DENVER (KDVR) -- While the city and county moved to Level Blue guidelines and the outdoor mask mandate has been lifted, the Denver Zoo amended its own restrictions for visitors.

Although masks are no longer required in most areas outdoors at the zoo, wearing one is recommended. Face coverings are still required indoors and social distancing remains in place.

CARSON CITY, Nev. (AP) — The man-made lakes that store water supplying millions of people in the U.S. West and Mexico are projected to shrink to historic lows in the coming months, dropping to levels that could trigger the federal government's first-ever official shortage declaration and prompt cuts in Arizona and Nevada.

The U.S. Bureau of Reclamation released 24-month projections this week forecasting that less Colorado River water will cascade down from the Rocky Mountains through Lake Powell and Lake Mead and into the arid deserts of the U.S. Southwest and the Gulf of California. Water levels in the two lakes are expected to plummet low enough for the agency to declare an official shortage for the first time, threatening the supply of Colorado River water that growing cities and farms rely on.

WELD COUNTY, Colo. (KDVR) – A disturbance in a community near Fort Lupton ended in an officer-involved shooting and a 60-year-old suspect dead.

No officers were injured.