It happened at the Cloverbasin Village apartments (630 S. Peck Drive).

Police were called to unit 101 in January where they discovered a methamphetamine lab. An eviction notice was posted and the apartment was locked up.

However, tenants in the building were not told about the lab.

"It's upsetting, especially now when we see there's a snowball effect and it's affecting other tenants," said Gil Allarid, the tenant who lived above the unit.

Allarid and other tenants didn't think too much about the vacant apartment until five months later, in June, when a hazardous materials team showed up.

"I specifically asked what's going on next door. Is this some kind of meth lab? I was told we can't talk about it," said Danielle Anderson, who lived next door.

However, Allarid and Anderson started to worry when family members started getting sick. Allarid's son-in-law was diagnosed with walking pneumonia, then an upper respiratory infection.

"It was really bad. It was coughing up to the point where there was some nasty stuff coming out of my respiratory," Allarid's son-in-law said.

"I called public health and said I'm concerned about this," he said.

The results came back positive. After living in the contaminated apartment for months the health department told him he had just hours to leave.

"I`m very upset my granddaughter had to go though this and I have six other grandkids in town and they frequent my house," Allarid said. 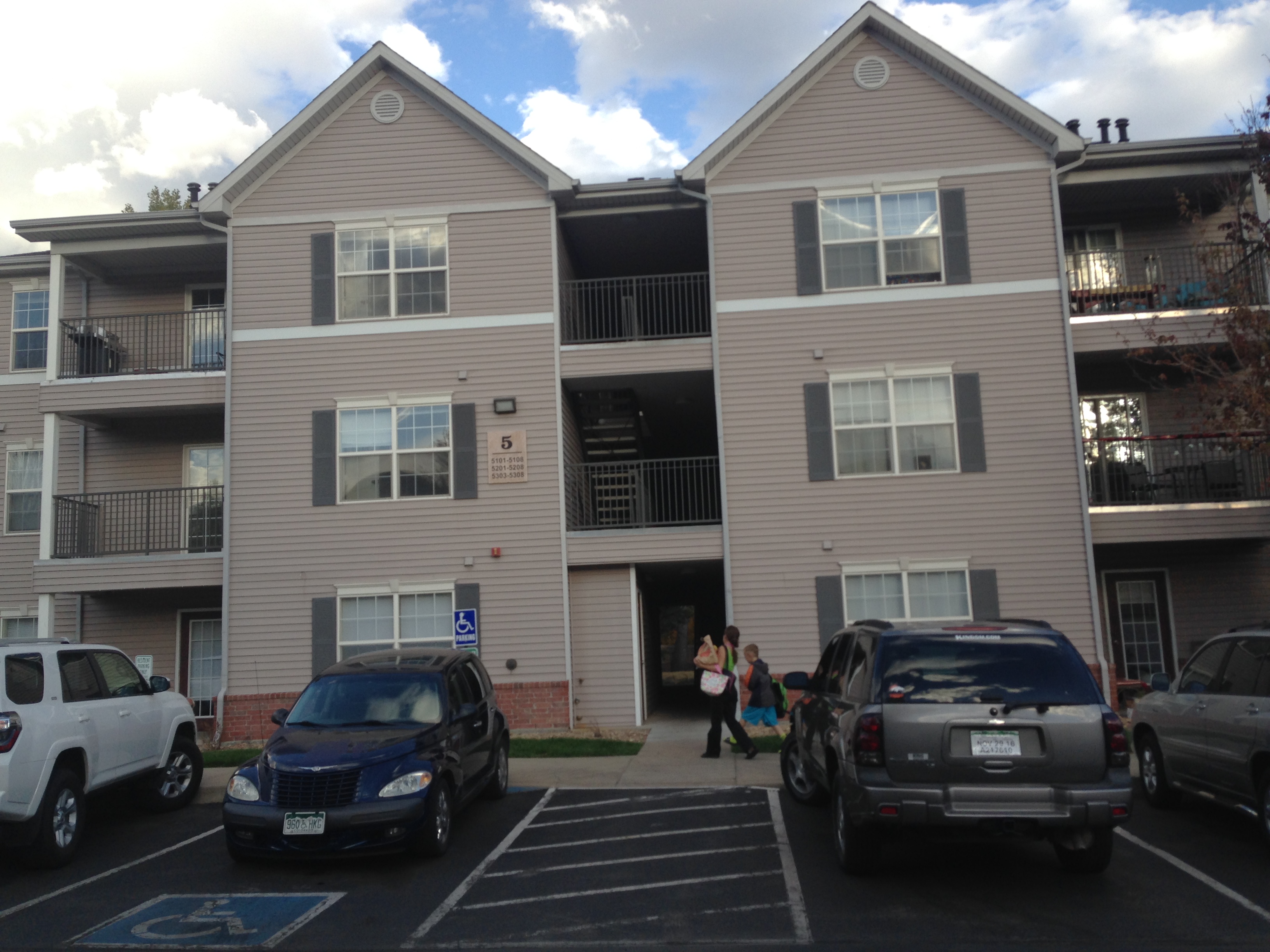 D.S. Consulting said it never tested any apartments beyond unit 101 because a maintenance worker told it there was no shared ventilation, the only way meth contamination can spread.

"We've paid a lot of money to have these folks come in and clean up so if they're just talking to someone on site, that doesn't seem like a very comprehensive report," said Denise Todd with Mission Rock.

Gil and his family found a new place to live but had to borrow money from relatives.

"I'm sleeping on a cot right now because we disposed of all our beds for the whole family," he said.

They weren't alone. Seven other apartments were also condemned for up to nine months after the meth lab was found.

Anderson said her kids had been sick for months.

"I'm furious," she said. "I'm scared to death for my kids. I'm going to have them tested. The school literally made me sign a piece of paper saying (her son) couldn't miss any more otherwise I was going to be taken to court because he was always sick," Anderson said. 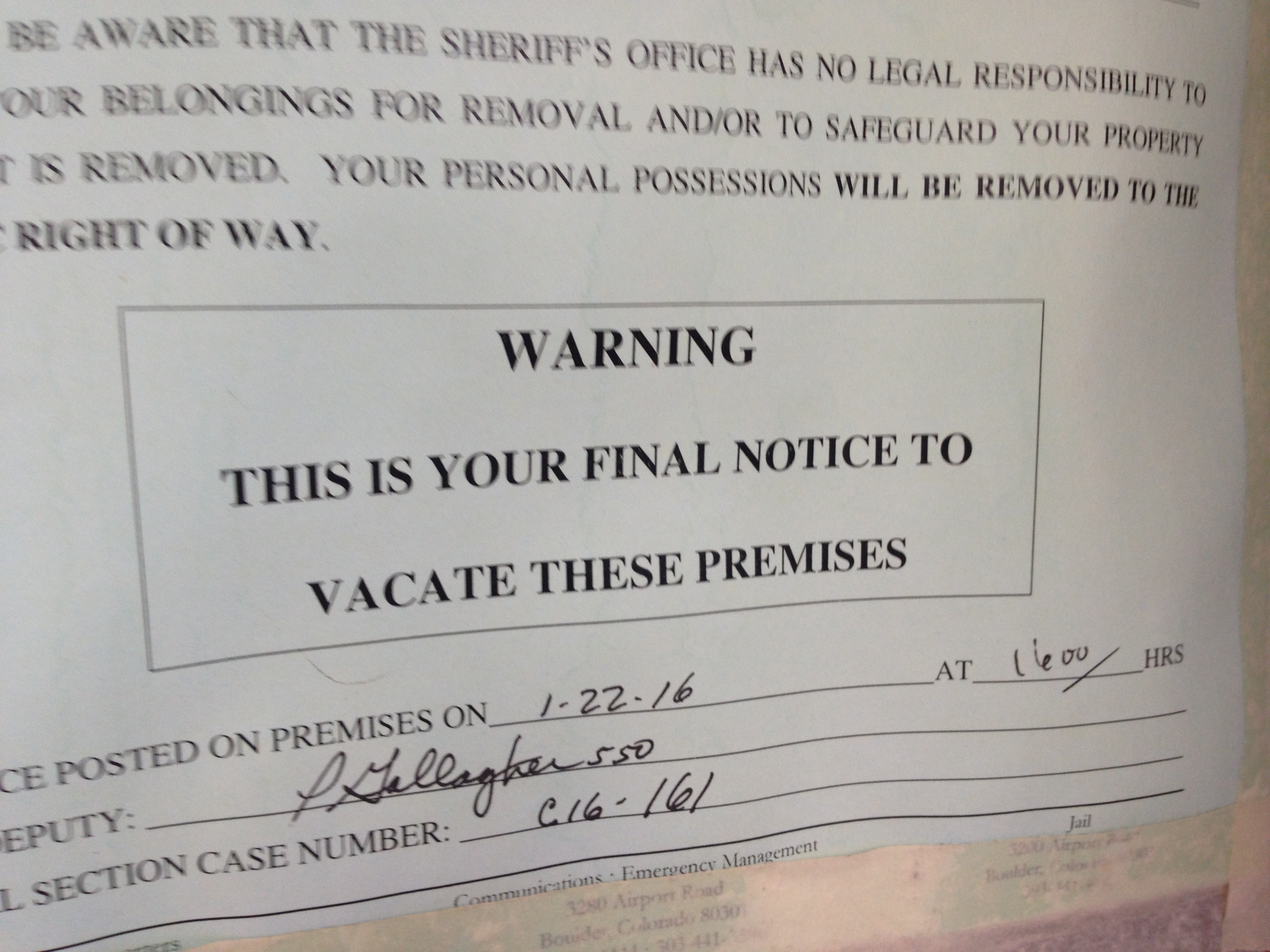 Anderson didn't learn her home had tested positive for meth until late October. She said her kids walked by the cleanup everyday without knowing about the potential dangers.

Todd was asked why tenants weren't told about the meth contamination.

"That may come from the property manager maybe just not knowing how to answer it," she said.

The Colorado Department of Public Health said nothing illegal occurred. There are no laws or state statutes requiring property owners to notify tenants about a meth cleanup.

"There's a difference between a requirement and what makes sense. Typically, property owners do let folks know," said Colleen Brisnehan with the Colorado Department of Public Health.

Tenants said that's proof the system is broken and they believe state statutes need to be changed. They plan to sue the property manager.

"I think everybody in the chain dropped the ball, all the way from the meth use all the way up to the management and the Department of Health. Everybody that knew about it failed to inform us," Allarid said.

Project Angel Heart prepares and delivers medically tailored meals to people living with life-threatening illnesses.  Each week, professional chefs and registered dietitian prepare thousands of delicious meals, from scratch, and tailor them to meet the medical and dietary needs of those who are ill.

The image was circulated by Steve Simeonidis, Chair of Miami-Dade Democrats. According to Simeonidis, the photo was taken in a government building in downtown Miami.

How to help firefighters, people displaced by the Cameron Peak Fire

‘Winter in the City’; announcement on plan to safely celebrate holiday season in Denver