Skip to content
This is an archived article and the information in the article may be outdated. Please look at the time stamp on the story to see when it was last updated.
BROOMFIELD, Colo. — Repairs are ongoing on eastbound U.S. 36, which closed for repairs last week after a large crack appeared in the road between Wadsworth and Church Ranch boulevards in Westminster, and commuters could be affected in the coming week. 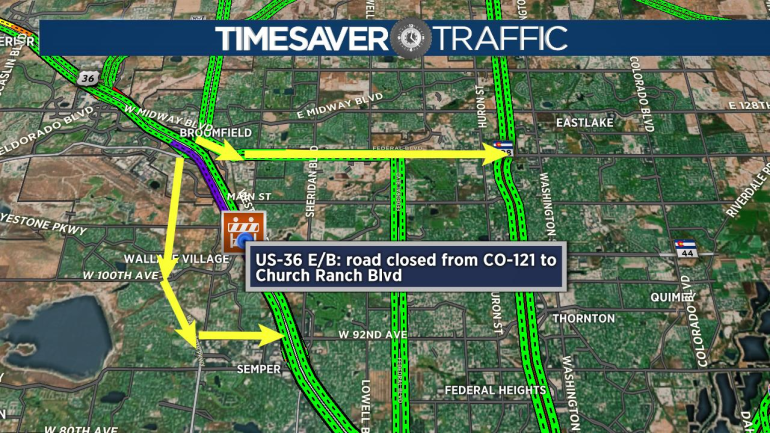 CDOT recommends commuters use detours, which include the Northwest Parkway, a toll road, to I-25; and Colorado 93 to Colorado 58, connecting to I-70. But even with the busing and the detours in place, CDOT stated in the release all commuters in the area should expect delays. Bus schedules will likely also be affected, according to the release, and passengers may experience standing room on vehicles and longer travel times. SkyFOX captured new video of the repairs on Monday morning. Officials said the moisture Colorado has had this year has affected the slope the road sits on, and caused the road to become unstable and crack. The Colorado Department of Transportation will be offering free Regional Transportation District rides on the Flatiron Flyer and LD bus routes, in both directions, on Monday and Tuesday, in addition to recommending detours, according to a news release from CDOT. Click here to see the bus schedules.

"The number of positive COVID-19 cases in our school, resulting in quarantines involving many staff and students, has led us to the decision to transition all learning at MVHS to virtual learning for the next two weeks, beginning on Tuesday, September 22," school officials said in the letter.

The FBI is asking for information on bank robbery suspect