Metro Denver Crime Stopper is still asking for help identifying the other two people wanted for  felony theft, including theft of luggage from DIA in two separate incidents in the days before Christmas. If you recognize the people in the photos below, call (720) 913-7867. 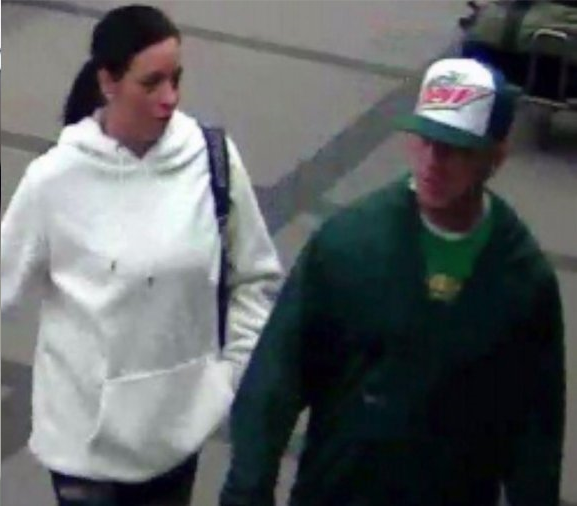 Also, you can buy small luggage trackers to place inside your bags.  Then you can use an app to keep track of its location.  However, some trackers require monthly subscription fees.

Fritz says his best advice is not to put anything of value inside a checked bag.

DENVER (KDVR) -- In the last two to three weeks, COVID-19 positive test results and hospitalizations have steadily increased in Colorado and are starting to cause concerns for doctors and public health experts.

On June 27, 126 people where hospitalized with the coronavirus, according to the Colorado Department of Public Health and Environment. By July 10, that number had increased 67 percent to 211.

AURORA, Colo. (KDVR) -- Elijah McClain's cousin spoke out about recent developments in the case. For Kenya Kaufman, what she once thought was over suddenly has new life. She hopes the new attention to her cousin’s case leads to justice.

When FOX31 and Channel 2 spoke with Kaufman, we talked about the day she learned McClain was in the intensive care unit after an Aug. 24, 2019 altercation with officers with the Aurora Police Department (APD).

ERIE, Colo. (KDVR) – A northern Colorado teenager is fighting for her life after a horrible car crash on Sunday morning.

Autumn Gifford turned 18 on July 4. Her mother Brandy Gifford said, “I've always told her she's my little firecracker. You know, she has 25 best friends. She was a social butterfly. She is the love and joy of our family and the funny girl, the class clown.”