JEFFERSON COUNTY, Colo. — Video released by the Jefferson County Sheriff’s Office on Monday shows a bar fight among three men, including the victim who was holding his 4-year-old daughter.

Richard Warry Brown, 39, was holding his daughter when the fight started at Crossroads Pizza and Wings in Pine about 10:10 p.m. on Jan. 25, the sheriff’s office said.

After a few punches were thrown, someone in the bar takes the child from Brown and the fight continued with several more punches and a kick to Brown’s face.

Brown was airlifted to a hospital with serious bodily injuries, the sheriff’s office said. The child was not injured in the incident.

Brown’s family said they were at the restaurant eating dinner when the fight happened and that Brown didn’t have a chance to put down his daughter.

Brown was later issued a summons for misdemeanor child abuse, with the sheriff’s office saying he had multiple opportunities to get the child out of harms way and did not. 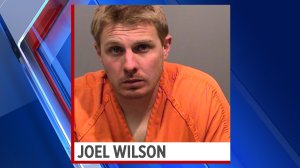 One of the suspects, Joel Michael Wilson, 31, has been arrested and faces charges of first-degree assault-extreme indifference, second-degree assault — serious bodily injury and child abuse.

The other suspect has not been identified. He is described as a white, thin male in his mid-20s and stands about 5-foot-8.

Pinpoint Weather Alert Day: What you need to know …

Gas prices could be up to $6 per gallon

Lineup for 2022 Film on the Rocks released

EXPLAINER: What is monkeypox and where is it spreading?

What causes a winter storm warning to be issued?