DOUGLAS COUNTY, Colo. -- Two people were killed after a train and car collided in the 8500 block of Highway 85 on Tuesday afternoon, officials said. 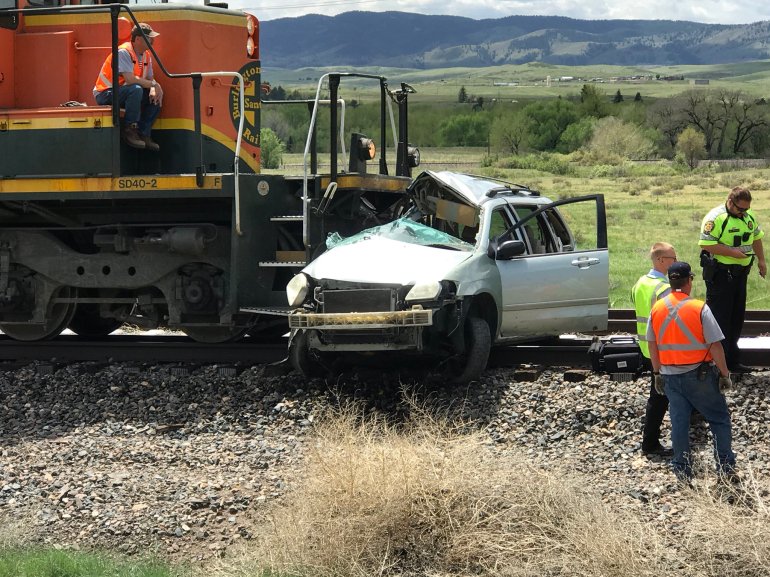 Officials said the crash happened as a vehicle was leaving a salvage yard near the town of Louviers, which is on Highway 85 between Roxborough Park and Castle Rock. It is unknown why the vehicle was stopped on the tracks.

Authorities added that the trains in the area go 45 miles per hour and that there is evidence the train sounded its horn.

What we know: Two people killed in vehicle after it was struck by train. Coroner’s office working on identifying them. Don’t know yet if it was a mechanical failure or “try to beat the train.” #KDVR pic.twitter.com/sTEiyv6cY4

Hunter Denny was reported missing about 9:15 p.m. Tuesday. Authorities have been searching for him since then, according to the sheriff's office.

DENVER (KDVR) - The past few weeks have seen an uptick in COVID-19 cases, especially on college campuses, and as schools look to curb this growth student participation is vital.

To this end, the University of Denver has suspended 38 members of the men's and women's swimming and diving programs from team activities for violating COVID-19 protocols.

According to the Jackson County Sheriff's Office, the evacuation orders are for all residents north of the junction of Highways 125 and 127, also known as "3-Way."