THORNTON, Colo. — A Thornton man wants to thank the officer who risked his life to save his mother.

James Rockwell says the call caught him off guard Wednesday evening: his mother’s trailer caught fire, sending her to the hospital. After talking to first

responders, he learned Thornton police officer Ryan Thornton arrived on scene within a minute of getting the call and was able to rush inside.

“He was there and willing to put his life on the line,” Rockwell said. “He just knew that there was a fire and somebody needed to be pulled out and he just went in.”

Rockwell’s mother has Multiple Sclerosis and can not walk. She uses a wheelchair to get around.

Rockwell says a lit cigarette started a fire in her bedroom. Neighbors who saw the incident Wednesday say officer Thornton collapsed coughing after coming out of the trailer. He was able to drag Rockwell’s mother out alive just before the whole room caught fire. 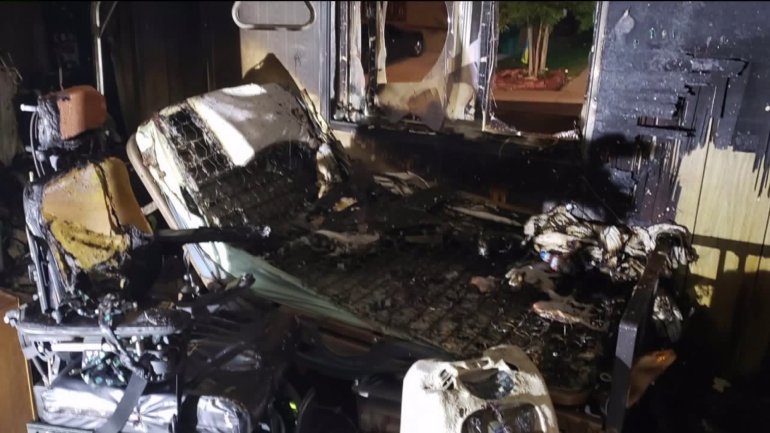 Thornton police say officer Thornton was released from the hospital Friday. His family says he has burns inside

his lungs from inhaling too much smoke.
Rockwell’s mother remains in the hospital, where Rockwell says her condition continues to improve. She has a burn on her chest.

“I want the police to know that there are people who care and will support them no matter what,” Rockwell said.

How much should you save to retire in Colorado?

Below zero temps could cause real danger

Lawmakers look to give localities power over rent …