ADAMS COUNTY, Colo. — The man wanted in the shooting at a Walmart store in Thornton that left three people dead was taken into custody on Thursday morning.

He is expected to appear in court at 11 a.m. Friday at the Adams County courthouse.

A SWAT team went into an apartment in unincorporated Adams County that was believed to be connected to 47-year-old Scott Ostrem, who was identified earlier Thursday as the man wanted in the shooting.

Just before 8 a.m., the 2017 red, four-door Mitsubishi Mirage associated with Ostrem drove past the apartment complex.

Law enforcement quickly took off and followed the vehicle, stopping it at West 72nd Avenue and Federal Boulevard where Ostrem was apprehended without incident. 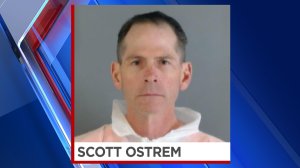 A flash bang was used as a distraction by police.

At a news conference, police said Ostrem did not have an extensive criminal history before the shooting and there is no motive for the attack.

The Thornton Police Department said Ostrem walked into the south doors at the Walmart located at 9900 Grant St. around 6:10 p.m. Wednesday and “nonchalantly” began firing with a handgun.

US inflation and consumer spending cooled in December

Where is the cheapest gas in Colorado?

AmEx profits fall 9% as customers fall behind on …

How Denver rent compares to 99 other cities