DENVER — A man is in custody after allegedly stealing and crashing an RTD bus in west Denver Monday evening.

The Denver Police Department said the suspect stole the bus at Federal Boulevard and West Howard Place, which is just south of Federal’s interchange with West Colfax Avenue. The man allegedly took the bus by force, telling the driver he had a weapon.

No passengers were on the bus.

The bus crashed near the Sixth Avenue Freeway and Lowell Boulevard. 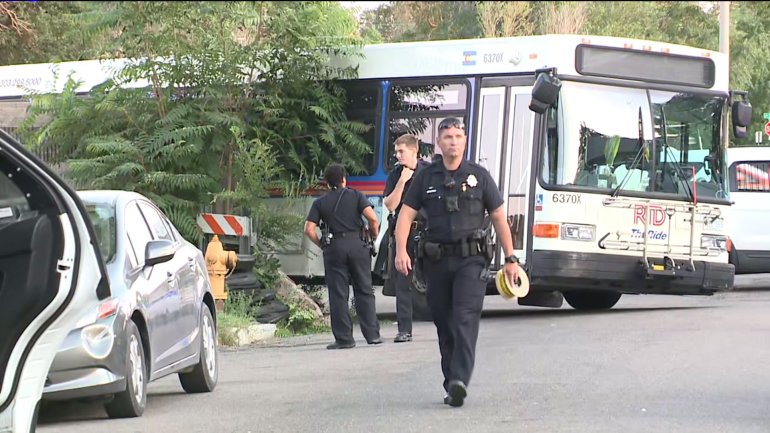 The suspect then allegedly tried to break into a home in the area. However, DPD says he was unsuccessful, so he carjacked a second vehicle.

The man then allegedly crashed the second vehicle into two cars at West First Avenue and Sheridan Boulevard. He was then taken into custody.

He was taken to the hospital with a leg injury. No one else was injured, according to police.

The suspect’s name and age have not yet been released.

Both Denver and Lakewood police are investigating.