GOLDEN, Colo. — A 38-year-old cold case in Jefferson County has been solved thanks to genetic genealogy.

On Tuesday morning, the Jefferson County Sheriff’s office announced that Donald Steven Perea kidnapped, sexually assaulted and killed Jeannie Moore when she was 18-years-old and he was 23. He died of health issues in 2012 at 54. 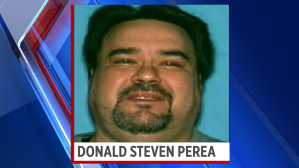 For the first time in Colorado, detectives have been able to identify a suspect in a cold case by using crime scene DNA and public genealogy websites to build family trees tracing back to the suspect.

“I just am very grateful that I have the opportunity to help families bring closure to cases that have been open for so many years,” said Joan Busse, a genealogist with United Data Connect.

“I truly feel blessed I am able to be in this position.” 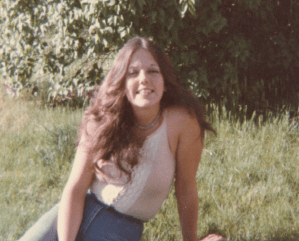 “The idea came to them, why don’t we spend the money to actually solve the case using forensic science, using DNA,” Busse said.

Busse said she put in 40 to 60 hours working backward through thousands of ancestors and matches to identify a suspect.

Jefferson County detectives were able to use those clues to make sure they had the right person.

“Every single person in the world can be a crime stopper,” Busse said. “All you have to do is get your DNA tested anywhere.”

Busse said DNA can be uploaded to a website through kits.

Experts say people are in control about their privacy when using commercial DNA kits to find ancestors. People have to opt in if they want law enforcement to be able to access information.

“We would not be here today if we did not have the gracious help of his family members helping to identify he was the suspect and give us closure in that case. We were able to collect DNA from biological daughter and able to submit to JeffCo crime lab able to confirm Donald was and is the suspect to Jeannie Moore’s murder,” Alberti said.

Mitch Morrissey, the owner of United Data Connect, said the partnership between the company and authorities is unique.

“I don’t believe anywhere else in country or world that you have a nonprofit that is stepping up to try to actually solve these cold cases using cutting-edge technology. So we are just excited to have brought this Colorado to help law enforcement when it comes to solving cold cases,” Morrissey said.

Michael Mills with Metro Denver Crime Stoppers said the program is the first of its kind in the world.

“To have a successful outcome in the first six months is beyond our wildest expectations. But even with our successes, there never really is closure for the families and friends of the victims, but I am positive they now know they have some new answers,” Mills said.

The Colorado Bureau of Investigation said Moore left her home for work at a gas station at West 13th Avenue and Wadsworth Boulevard on Aug. 25, 1981.

An autopsy found she died by blows to the head.

DENVER (KDVR) -- A bill supporters say is designed to end police brutality is receiving sharp backlash from sheriffs across Colorado.

Senate Bill 217 was introduced Tuesday, following the killing of George Floyd in Minneapolis. It would require Colorado police officers to wear body cameras and record all interactions with the public. That video would be made available for anyone to request.

DENVER (KDVR) -- Members of Denver's restaurant industry say this weekend will be their first "real test" in the reopening process following a series of setbacks.

"We kind of fell into a groove and then the protests started coming," said Tim Kuklinski, culinary director with Crafted Concepts, which operates four fine dining restaurants including Stoic and Genuine in Union Station.

DENVER (KDVR) -- For weeks, gyms across Colorado had the green light to welcome back customers. But for some, the limits were too restrictive, and opening was not an option.

That was the case for Kristen Baylis, the owner of Purre Bar in Belmar in Lakewood. On April 27, under the governor’s "Safer at Home" order, gyms were allowed to reopen for personal training or group training with up to four people. Baylis said opening under those conditions would have actually mean losing money.

Windy, hot weekend brings fire concerns to much of Colorado