PARK COUNTY, Colo. — The Park County Sheriff has released a sketch of a person that may be connected to the homicide of Bailey teenager Maggie Long.

The 17-year-old was found dead on December 1, 2017 at a home on County Road 43 in Bailey. The Platte Canyon High School student’s body was found in a burned house that had been burglarized.

The sheriff’s office said an AK-47 style rifle was taken during the incident along with 2,000 rounds of ammunition and a 9mm Beretta handgun. Both of the guns were in a safe that was also taken. The sheriff released images that resemble the safe, the guns and two jade figurines that were inside the safe.

Authorities also published pictures of vehicles similar to those that may be associated with the person seen at the Bailey home: a Chevrolet Astro van and a Ford pickup truck.

A task force made up of federal, state and local police stopped cars on County Road 43 Friday while distributing flyers with the sketch to drivers. Agents also set up a table at a gas station at the intersection of C.R. 43 and Highway 285.  Residents quickly took the flyers, saying they would share them with as many people as possible.

“I hope the police are doing exactly what they need to be doing. It feels like a really long time,” one resident told FOX31.

Authorities are asking anyone with information to contact their tip line at 303-239-4243. There is a $25,000 reward for any information that leads to the arrest and prosecution of someone involved in the homicide. 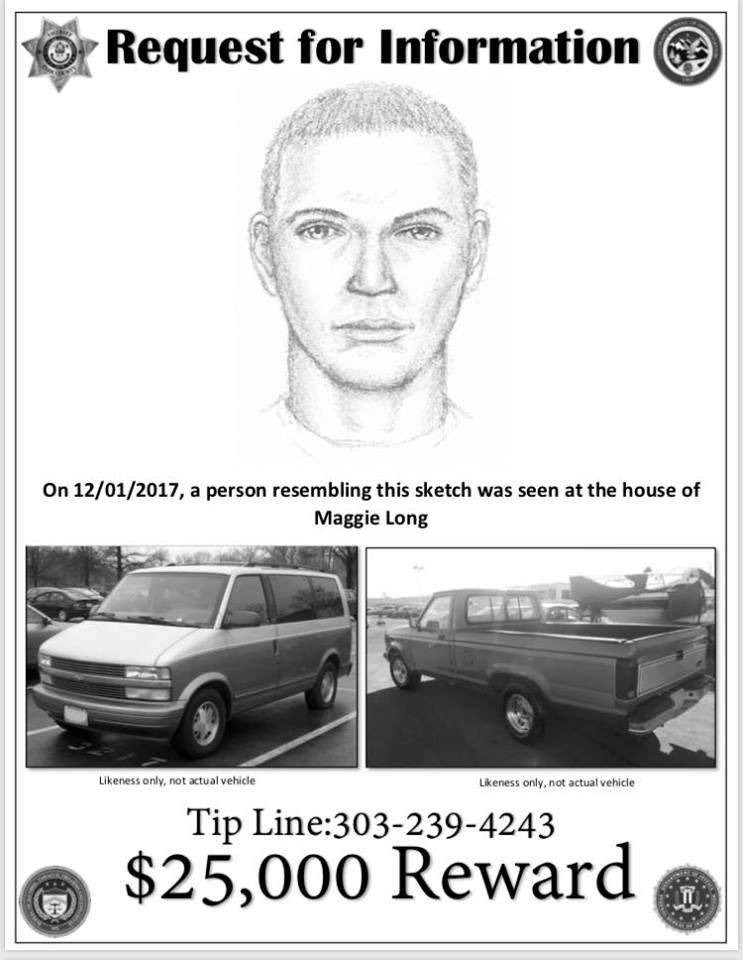 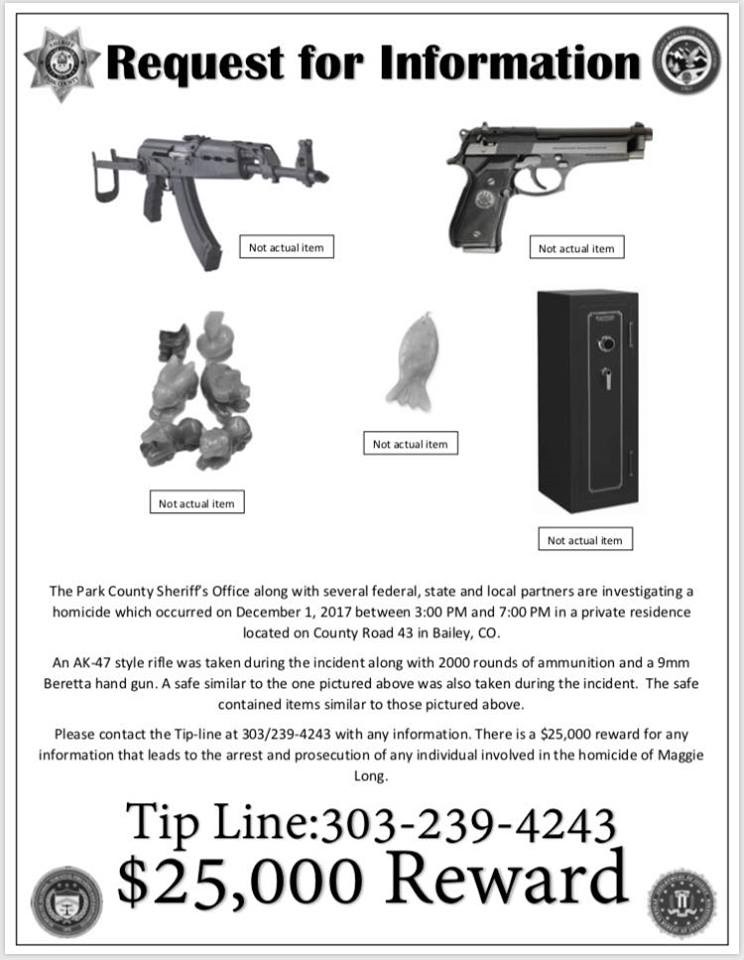 Man shoots 13-year-old, says he tried to break into his truck