The team will be working on water search and rescue missions.

The members - firefighters from around the Front Range - are taking two boats, two rafts, extra engines and plenty of diesel.

They're also taking food, water, tents and communications gear. They have to be prepared to be self-sufficient for up to three days.

The team trains for hundreds of hours every year and is part of the same group that's deployed to three hurricanes in the last two years.

Now, they're more efficient than ever at getting to flooded homes and buildings and searching them.

"What we learn is better ways to search from home to home," said the team training manager Mike Parker, as he was preparing to deploy. "(We have) better equipment and tools to use to do that. In this case, we can use GPS units to mark where we’ve searched and we have telephone apps now."

"We get better intel now than we did 18 years ago," said team member Ryan Thomas. "The technology enables us to figure out better routes to where we’re going and to get information quickly on where the rescue is needed."

Every county in Florida is under a state of emergency as the state prepares for what may be the strongest hurricane to hit its east coast in nearly three decades.

At 105 mph, Dorian is the strongest storm of the Atlantic hurricane season so far. 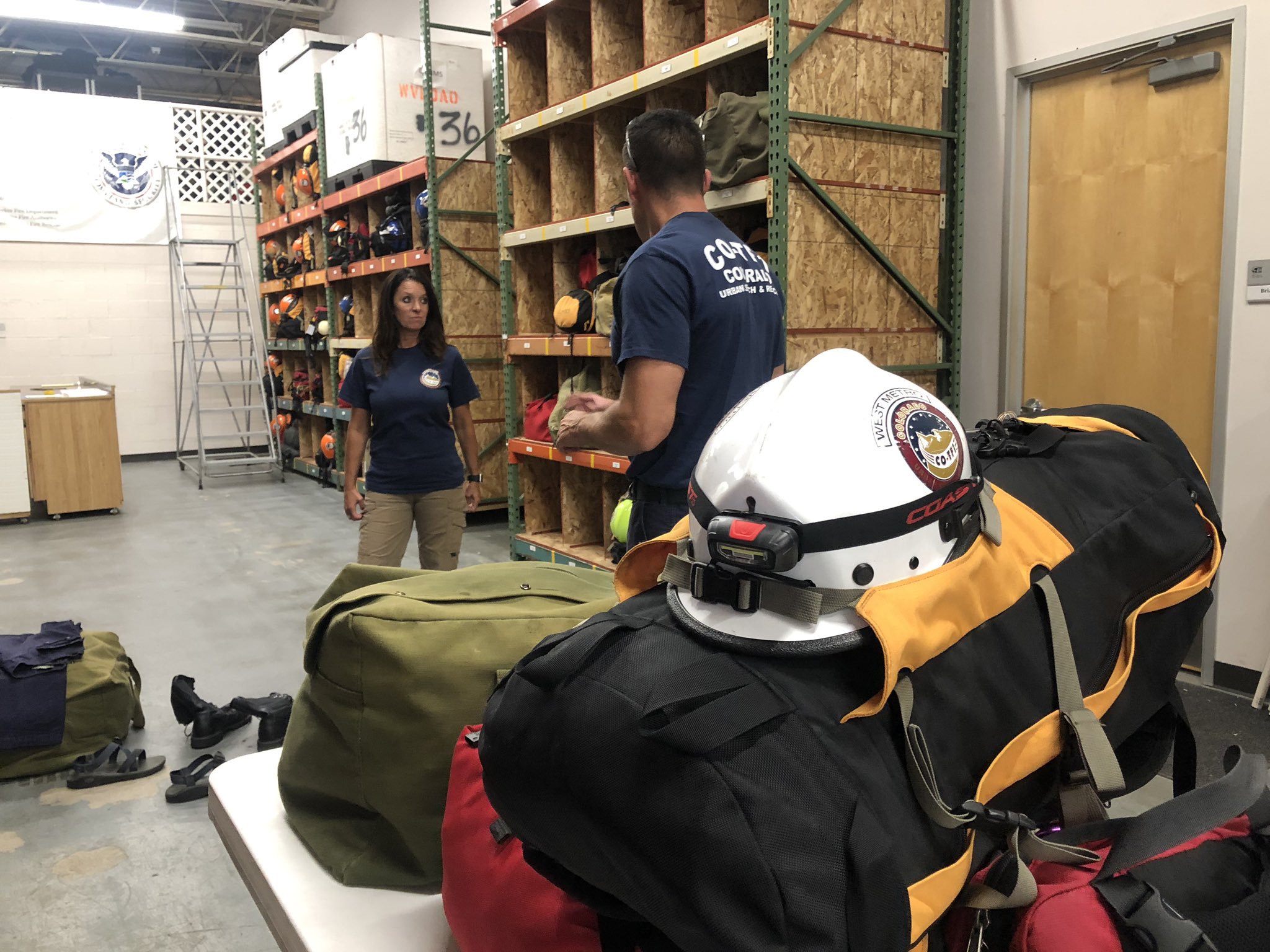 If it makes landfall as a Category 4 storm on Monday as forecast, with sustained winds of around 130 mph, it will be the strongest hurricane to strike Florida’s East Coast since Andrew in 1992.

DENVER (KDVR) -- A majority of elective and non-emergency procedures are on hold to limit the number of people coming into hospitals. That means specialty doctors such as surgeons are looking for new ways to stay busy while helping with the current COVID-19 outbreak.

Dr. Stephen Cobb, the chief medical officer for Centura Health's Denver Metro group says they've finding creative ways to use doctors who aren't as busy as those who are treating COVID-19 patients.

AURORA, Colo. -- Hotels and motels are struggling during the coronavirus pandemic. Many are nearly empty most nights.

However, that does present opportunities for cities that are now confronting challenges posed by the coronavirus pandemic.

CENTENNIAL, Colo. (KDVR) - For the first time since the coronavirus crisis began, Colorado Gov. Jared Polis laid out how much life-saving equipment the state's hospitals have and how much they might need to help COVID-19 patients in a worst-case scenario.

Speaking Friday afternoon at the state's Emergency Operations Center in Centennial, Polis said as many has 33,200 people in Colorado could die from the coronavirus if the virus spreads rapidly and people don't follow the state's stay-at-home executive order.

No federal charges in police shooting of Colorado Springs teen

Snow, wind to create blizzard conditions for parts of Colorado