SHERIDAN, Colo. — The Sheridan Police Department is looking for a suspect in a homicide investigation.

Police say they found Chelsea Anne Snider, 31, dead at a hotel in the 2900 block of West Hampden Avenue around 8:15 a.m. on Sunday.

Sheridan police say they are looking for Abbas Abdal Kathem Abed as a suspect in Snider’s death.

Abed is described as: 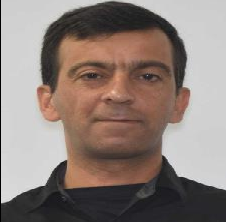 Abed has been employed as an Uber driver and may still be working as one, police say. However, on Tuesday afternoon, Uber said Abed no longer has access to the app. Uber does not believe their ridesharing app had anything to do with the crime because the platform was turned off at the time of the incident.

Police shared the images of this van and say it is similar to the one Abed drives.

Editor’s Note: Abed was originally considered a person of interest. On Friday, authorities obtained a warrant for his arrest, making him a suspect.

AURORA, Colo. (KDVR) -- The Aurora Police Department is investigating a suspicious death at a home just east of the Southlands shopping center.

According to APD, about 4:22 a.m. Saturday, officers responded to 24511 E. Applewood Cir. on a reported shooting.

DENVER (KDVR) -- A BNSF Railroad police officer was injured in a shooting near the National Western Complex Saturday morning.

According to the Denver Police Department, the officer was taken to a local hospital and is alert.

Below is the latest basic information about each of the four wildfires. Click on the name of the wildfire to visit the most recent article about it.