LITTLETON, Colo. — Officials have identified the two people who were killed in a crash following a high-speed pursuit in the south metro area early Wednesday.

The Arapahoe County Coroner’s Office announced Thursday that both Jayne Frances Davicsin, 25, and Ryan Scott Carter, 27, died of injuries sustained in the crash.

Davicsin and Carter were in a vehicle that was struck by a Mitsubishi being driven by 20-year-old Deanna Bixby, according to the Douglas County Sheriff’s Office. 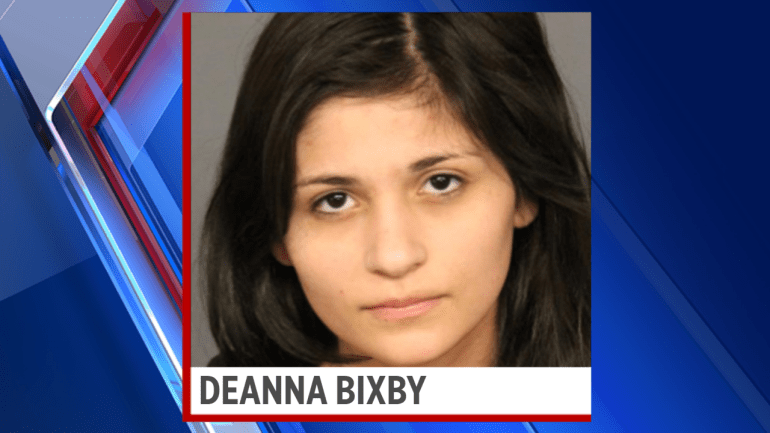 Dashcam video released by the sheriff’s office shows the black Mitsubishi going past deputies traveling northbound in the southbound lanes of Santa Fe.

Investigators believe Bixby and the driver of a silver Jeep Grand Cherokee were working together as part of a car theft ring.

Initially, the deputies lost sight of the Mitsubishi and say they were only chasing the Jeep. But the Mitsubishi returned and Spurlock said the driver was going too fast for deputies to keep up.

“I do not believe the chase caused the accident at all because we weren’t chasing that Mitsubishi,” Spurlock said Thursday. “We couldn’t even get close.”

Bixby was seriously injured in the crash but was taken into custody. The sheriff’s office is still looking for the driver of the Jeep. The vehicle was later found abandoned.

The Mitsubishi and the Jeep were reported stolen and seen together in a suspicious manner in the Castle Pines area about 2 a.m. Wednesday.

“We’ve had a number of car prowl and thefts in the Castle Pines and southern part of Highlands Ranch. They bring another stolen car down from the north part of the Denver metro. They disperse, they steal other cars and drive away,” Spurlock said.

The sheriff’s office is conducting an administrative review on its chase policy and the actions of the deputies, something that is protocol.

Spurlock calls the situation a tragedy, but says his deputies made the right decision.

“This is a good policy — a sound policy. It’s a policy that, in most part, helps us apprehend criminals that are violating the citizens of Douglas County,” Spurlock said.

Deputies found a loaded handgun inside the Mitsubishi. FOX31 looked into Bixby’s criminal background. She had several warrants and drug charges. She was also part of a series of smash-and-grab burglaries out of Westminster in 2017.

DENVER (KDVR) -- On June 13, Colorado landlords could give tenants 30 days official notice that they’re behind on rent, and begin the first steps of the eviction process since the pandemic began.

Governor Polis let the moratorium on evictions expire, but extended the typical 10-day notice to give tenants more time. Come July 13, Colorado may see a backlog of evictions start trickling through an already busy court system, as renters struggle to make ends meet during the pandemic.

DENVER (KDVR) -- COVID-19 testing at the Pepsi Center will be capped at 2,000 tests each day to help the labs catch up on test results.

Following a four day closure due to Independence Day and a furlough day, there was a 90-minute wait to get tested at the Pepsi Center Monday morning. Denver decided to shut down the testing site early around 12:30 p.m. They performed 2,097 tests before closing.

“A Brighter Community,” near 50th and Kipling, had to close its doors, both Monday and Tuesday, after the incident. It is set to re-open Wednesday, after spending the last two days cleaning up.

Pikes Peak Cog Railway planning to reopen in May 2021

The heat rolls on with near record highs possible